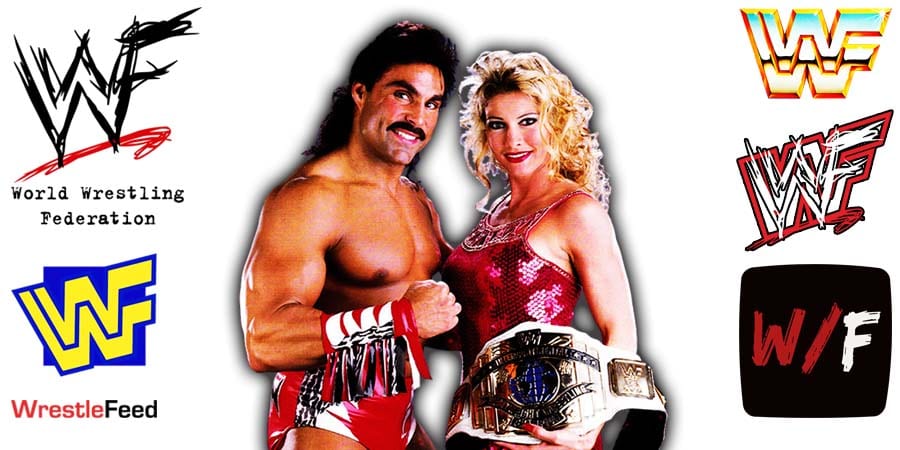 Old School WWF Veteran ‘Wildman’ Marc Mero was interviewed on the ‘Our House’ podcast, where he revealed that his then wife Sable’s Playboy shoot actually drove a wedge between the couple.

“At the time it was a discussion that her and I had that we decided to do it. Just a horrible decision. You look back on decisions and think ‘what was I thinking’ you know, but what’s done is done.

We move on, we make mistakes in life and hopefully those mistakes become learning experiences. But it was not a good decision to make for our life, our marriage, our family, and everything else.

Next thing you know, we’re at the Playboy parties all the time with Hugh Hefner. We even eventually got an apartment in Studio City in Hollywood and it was just not a good time.”

Marc Mero, who previously wrestled in WCW as Johnny B. Badd, worked for the World Wrestling Federation from 1996 until 1998.

He was married to legendary WWF Diva Sable from 1994 until the couple got divorced in 2004.

In fact, she left him for Brock Lesnar and they’re still together as of today.

It was pre-taped at the Crown Coliseum in Fayetteville, North Carolina and featured matches, interviews & storyline segments on the road to the ‘WWF Fully Loaded 1999’ PPV.