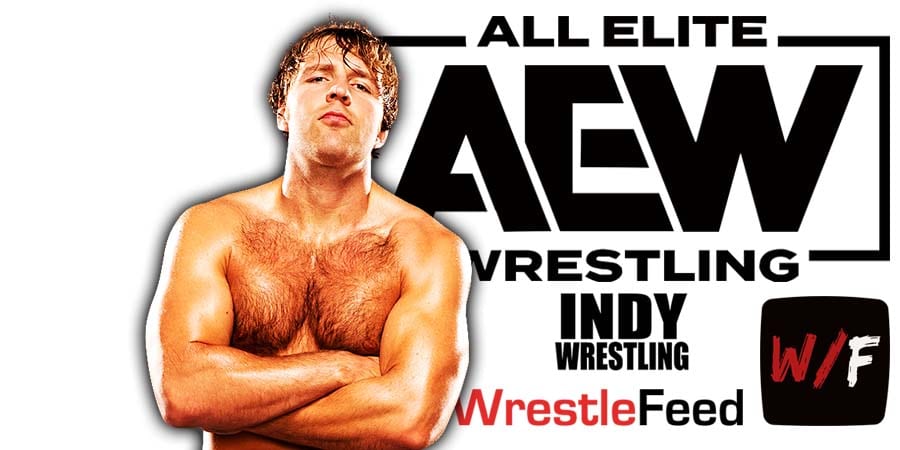 AEW Superstar Jon Moxley (fka Dean Ambrose in WWE) has changed his look, as he has shaved his head bald.

Moxley’s new look was seen at an autograph signing in Las Vegas yesterday.

You can check out a video below:

Moxley was last seen in AEW at the Double Or Nothing 2021 pay-per-view on May 30, where him & Eddie Kingston lost to The Young Bucks in an AEW World Tag Team Championship match.

Moxley is current off AEW programming due to the birth of his daughter, Nora.

This episode was pre-taped at the Fleet Center in Boston, Massachusetts and featured matches, interviews & storyline segments on the road to the ‘WWE Vengeance 2002’ PPV.