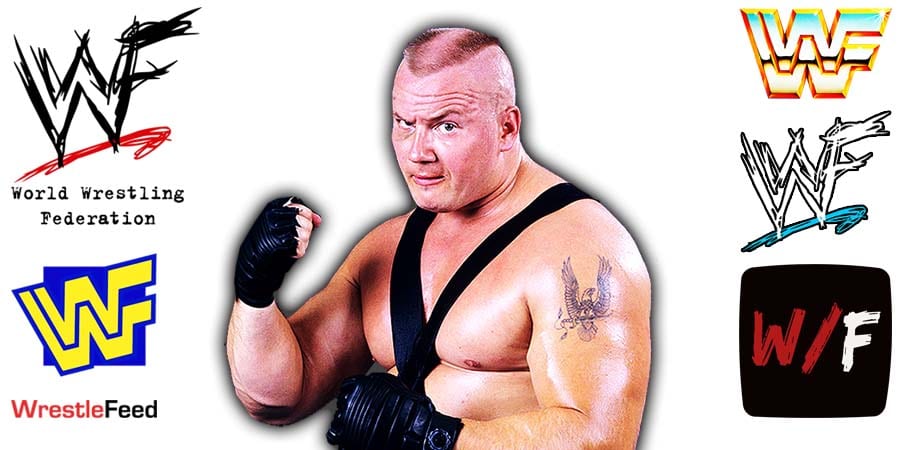 On this day in 2010, we lost Old School WWF Veteran Ludvig Borga (Real name: Tony Halme) at the age of 47 due to a self inflicted gunshot wound.

He wrestled for the World Wrestling Federation as an upper mid-carder in 1993 & early 1994 and was eventually going to be pushed to be a main eventer, but got injured and then left the company.

Before joining the WWF, he worked for New Japan Pro Wrestling from 1990 to 1993, where he held the IWGP Tag Team Championship with Scott Norton.

After his Professional Wrestling Career was over, he became an MMA fighter, losing to Randy “The Natural” Couture at ‘UFC 13: The Ultimate Force’ on May 30, 1997 in just 56 seconds via submission, before becoming a politician and even got elected into the Parliament of his home country Finland.

It was broadcasted from the San Jose Arena in San Jose, California and featured matches, interviews & segments, on the road to the ‘WWF Royal Rumble 2001’ PPV.