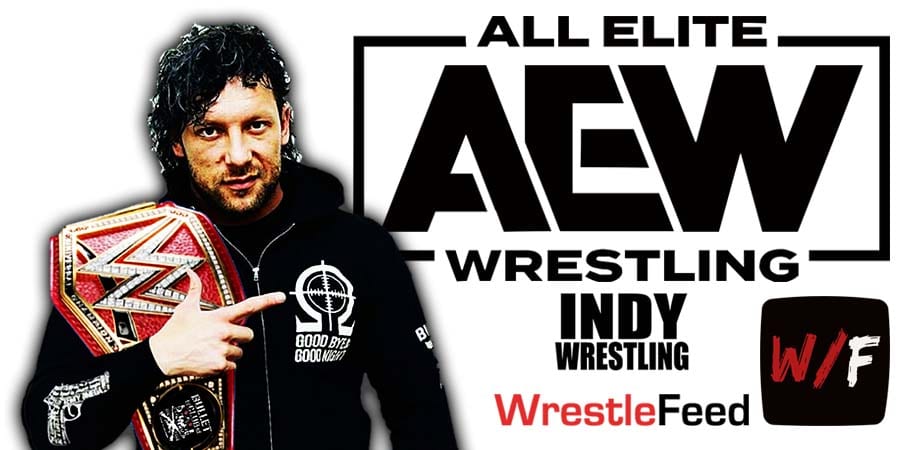 “Kenny, you’ve been killing it. Week in and week out, you are the greatest World’s Champion going today. I mean, Kenny, you are a better representative of a pro wrestling company than Roman Reigns, Bobby Lashley, Drew McIntyre, Randy Orton.”

While you won’t see many AEW wrestlers saying anything good about WWE or its wrestlers, Chris Jericho did praise WWE Universal Champion Roman Reigns for his current heel run.

Here’s what Jericho said on Keepin It 100 with Konnan:

“I haven’t [kept up] but I’ve been reading about it and it’s no surprise. When I was there in 2016 I worked with Roman basically all around the world. I was a heel, he was a babyface. It’s a no brainer there.

You know what Roman is? I always said this and he’s doing it now, if you just drop the f**king script and just let him be him, he’s Cool Hand Luke man. He’s like the coolest cat. He’s a great guy. Just let him be him, and that’s what he’s doing now, obviously with a heelish slant, which is great.

When he eventually turns babyface he’ll be even bigger than he is now, because he’s just a cool, cool guy. And now they’re letting him do all this stuff and it doesn’t surprise me that he’s killing it, because he’s that type of performer.”

Also Read: Matt Hardy On How He Wants To Retire In AEW