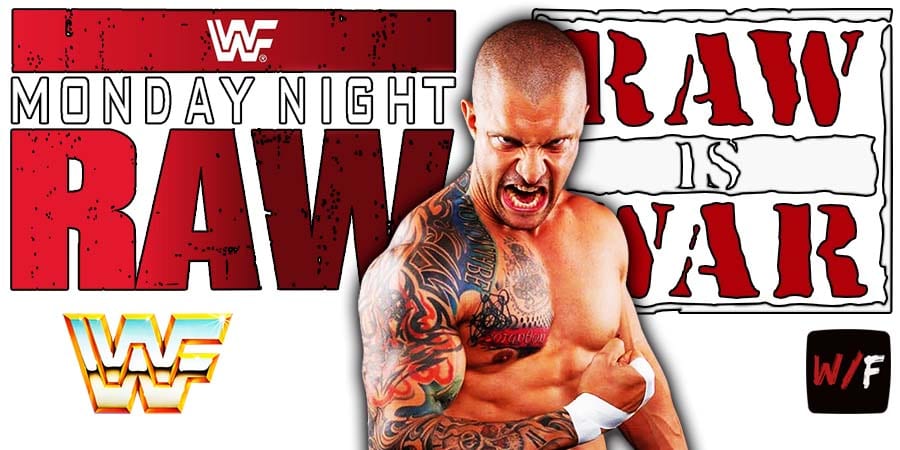 With fans back in attendance, Jeff came out to his old theme song “No More Words”.

After back & forth action, Jeff managed to pin Kross using the ropes. This was Kross’ first loss in the company.

In the post-match interview, Kross said Hardy just made the biggest mistake of his life.

According to the Dirty Sheets patreon page, Kross has major backstage heat in WWE.

The issue began during a recent promo segment between Kross and Adam Cole in NXT. During this segment, Kross called Cole a “little man”. Cole then went off on Kross and buried his entire gimmick, saying that he’s nothing without the company behind him, his girl and his special entrance.

NXT uses bullet points for promos over a full script (like on the main roster), so none of this was discussed before. This led to Kross going off on Cole backstage after the show.

WWE officials didn’t like Kross’ behaviour and decided to send him a message. Kross was then sent to work on WWE Main Event. While many fans saw this as a push to the main roster, but Kross worked on Main Event without his special entrance and without Scarlett by his side, and that looked very off.

Then on last night’s RAW, Kross’ undefeated streak in the company came to an end during his first night on RAW, at the hands of Jeff Hardy (who’s a legend, but has been used almost as a jobber as of late).

This is WWE’s way of showing Kross that there is some validity to Cole’s comments, and that bad backstage behaviour won’t be tolerated.

Wrestlers continue to take shots at Kross on NXT TV, with Johnny Gargano recently calling Kross “untalented”. WWE’s management have approved such digs as they want to test Kross.

While there are still big plans for Kross in WWE, Vince McMahon is hesitant to give him a major push due to his behaviour.

Mike Sanders used to be a student of the famous WCW Power Plant wrestling school and had his TV debut on WCW Saturday Night in October 1998.

When World Championship Wrestling was sold to Vince McMahon in March 2001, Mike was hired by the World Wrestling Federation but was not included in the WCW/ECW Invasion storyline and instead was sent to the WWF developmental promotion Heartland Wrestling Association.

Unfortunately he was fired in 2002, before having a single televised match on WWF/WWE TV.