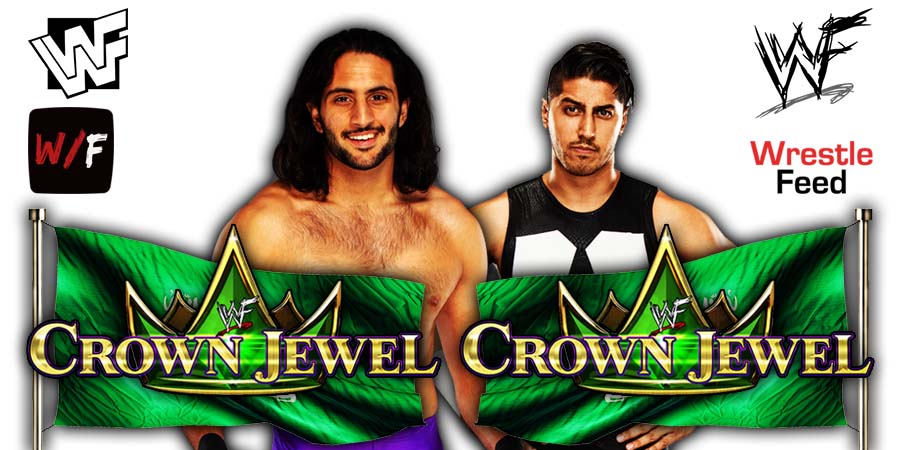 Mansoor is WWE’s 1st ever wrestler from Saudi Arabia. While he’s popular in his home country, the fans in the US don’t care much about it.

Former WWE Superstar Ryback recently tweeted the following about it:

“@VinceMcMahon you can give Mansoor @steveaustinBSR music and he still won’t be over. Holy sh*t your product f**king sucks.”

This led to Mansoor posting a screenshot of Ryback’s recent Twitter poll, where he asked the fans which pro-wrestling company he should join.

One of the options Ryback put in that poll was “Retire”, and that obviously got the majority of the votes.

While the fans think they owned Ryback by voting “Retire”, Ryback was actually working them as that’s exactly what he wanted.

Ryback has claimed in the past that WWE works with Twitter, and Twitter has decreased his post reach on its platform because WWE told them to. Ryback then noted how he’s very popular and draws huge numbers on TikTok, but his Twitter numbers are very poor and it’s not his fault.

Although it was very obvious that Ryback was working the fans, the fans fell for it anyway.

You can read one of Ryback’s tweets below, which clearly shows he wants the fans to vote Retire and interact with his post in some way, hoping it will improve his Twitter algorithm:

“I can’t stress this enough PLEASE don’t vote Retire. This can cost me my future because I CARE what YOU think. This Poll is THE 1 and YOU have the power to make a difference. Vote responsibly.”

Ryback then went on to reply the following to Mansoor:

“Thanks for the plug 😉 @FMMNutrition”