As we noted earlier, a fan at ringside during last night’s Royal Rumble 2019 PPV was wearing an AEW All Elite Wrestling shirt and the security forced him to remove it. The fan was wearing another shirt underneath. 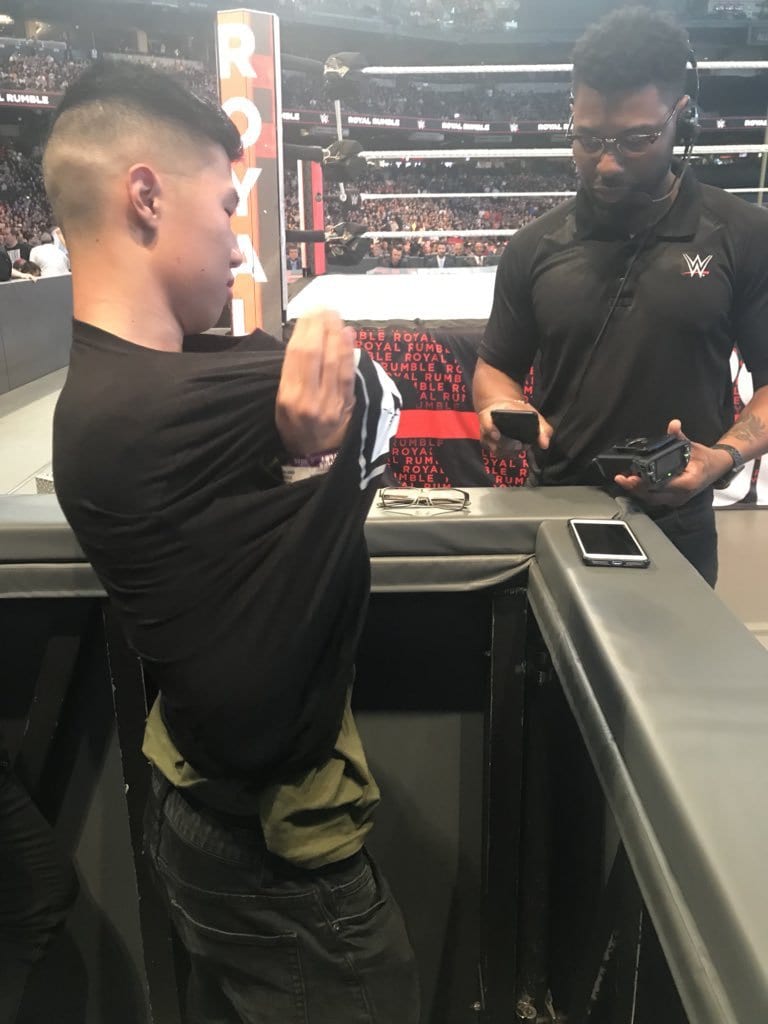 Below is what The Young Bucks (who are AEW’s Executive Vice Presidents) posted about this on Twitter last night:

Nick: “Let it be known that if you wanna wear a WWE shirt at Double Or Nothing or any AEW related event we won’t do this to you.”

Matt: “Bummer to see this. Hopefully he still has a good time tonight.”