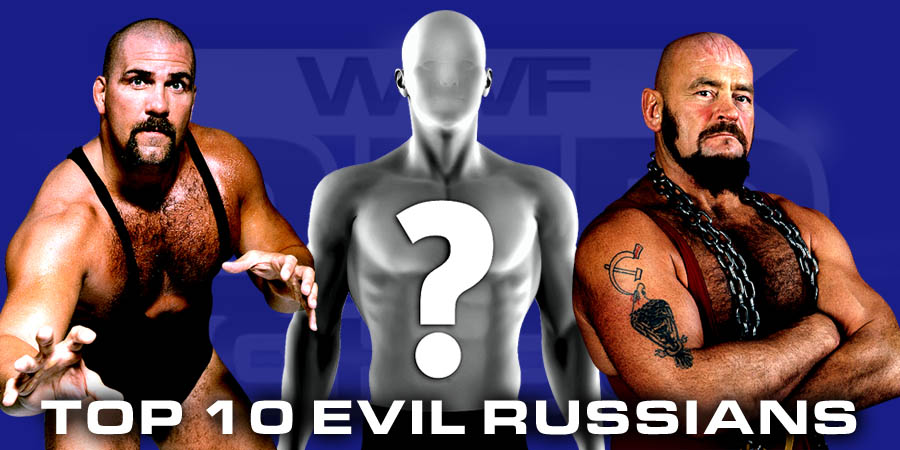 Those of you who were already watching Wrestling TV during the 80s will certainly remember how during the infamous Cold War, a lot of Pro-Wrestling Heels were billed from Russia, portraying Russian gimmicks.

A trend that didn’t stop then, but is still ongoing – even though to a lot less extend – today as we speak. We have listed the Top 10 “Russians” in Professional Wrestling History for you:

In real life he’s from Kiev, Ukraine and lives in Bal Harbour, Florida.

Vladimir Petrov was brought to NWA TV in early 1987 by Ivan Koloff as the replacement for Krusher Khruschev who left for the WWF, helping Ivan in his feud against kayfabe nephew Nikita Koloff.

He wrestled in many different territories during the 70s and 80s, including the AWA, WWF, NJPW, and various NWA territories.