There was a lot of buzz regarding top UFC Star Conor McGregor when he became a two weight division World Champion in UFC in November (Featherweight & Lightweight).

Triple H was in attendance at UFC 205 to discuss a possible WWE appearance for Conor McGregor at WrestleMania 33. 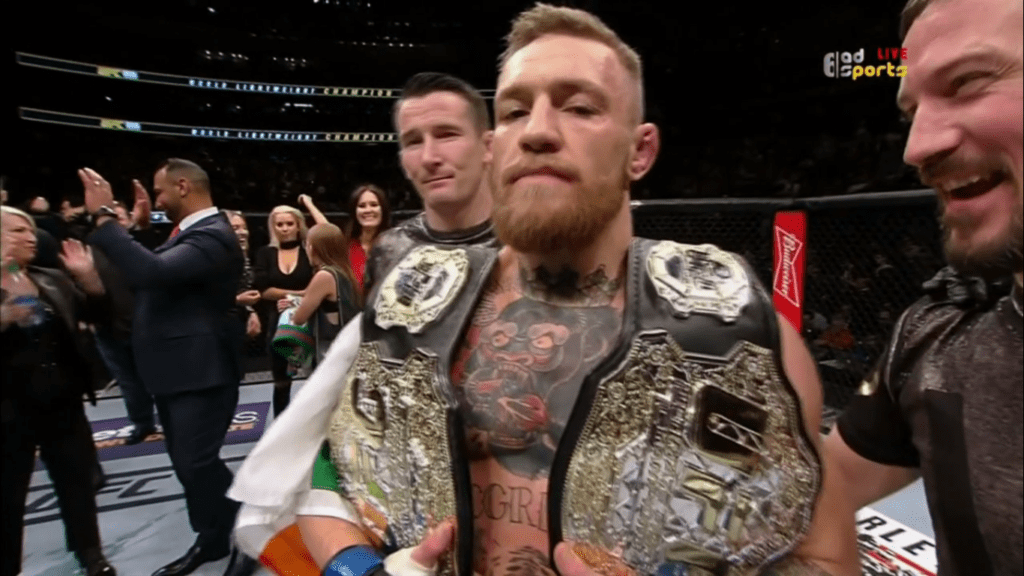 McGregor is focused on getting his boxing fight with Floyd Mayweather done nowadays.