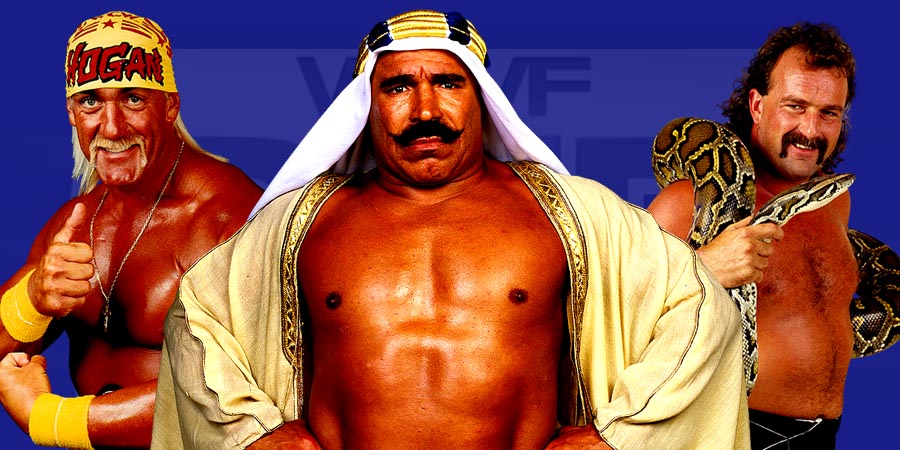 Does The Iron Sheik hate everybody? Nope, that’s just the impression his Twitter account might give you, but keep in mind that – despite being his official account – it’s not him tweeting, as he can’t even read or write, nor handle a computer or a smart-phone.

The Iron Sheik’s official Twitter account is managed by the Magen brothers, who tweet on their own, creating Iron Sheik style rants that they came up with. It’s a 100% work and his Tweets are nothing The Sheik actually said.

He did say quite a lot of disturbing and controversial things for real though, which can be heard in several Shoot Interviews and his 5 Howard Stern TV appearances.

We have now listed 10 of The Iron Sheik’s most popular victims. People he hates, or at least claims to hate.

Sheiky Baby never had an issue with the former Razor Ramon, until Hall showed up drunk during Sheik’s Ring Roast and caused for a scene.

One of the Roast guests, some nameless comedian made a tasteless Owen Hart joke, and Scott Hall went nuts.

Eventually Security escorted him out of the building and the Roast continued, but The Iron Sheik would rant about the incident for months after it happened.