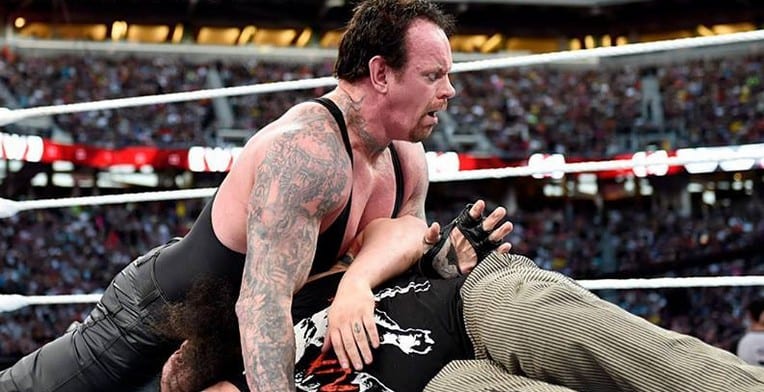 WrestleMania 31 received great reviews from most of the fans and might end up as the best show of 2015. With that being said, let us take a look back that 10 moments from WrestleMania 31 that shocked the world, with #1 being the last thing that we expected. 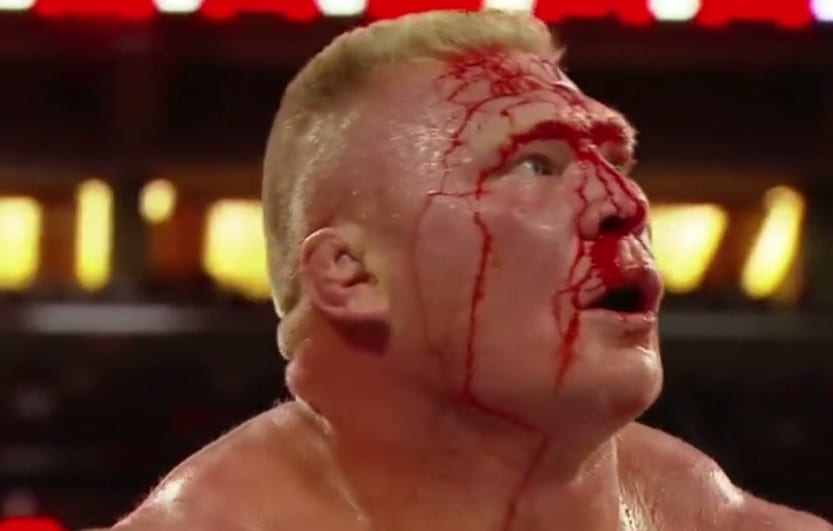 As we all saw, Brock Lesnar was bleeding profusely during the main event of WrestleMania 31. At first, he was bleeding only a little bit on the cheek and a little from the mouth after hard shots from Roman Reigns.

He started bleeing profusely when he banged his forehead on the pole of the ring which cut him open. There is some speculation whether this act was pre-planned by the officials because the referee didn’t stop the bout even after Lesnar’s face was full of blood and no ringside doctor came to work on the cut.

Did he perform a blade job? From his wounds that we saw on Raw, it looks highly doubtful.