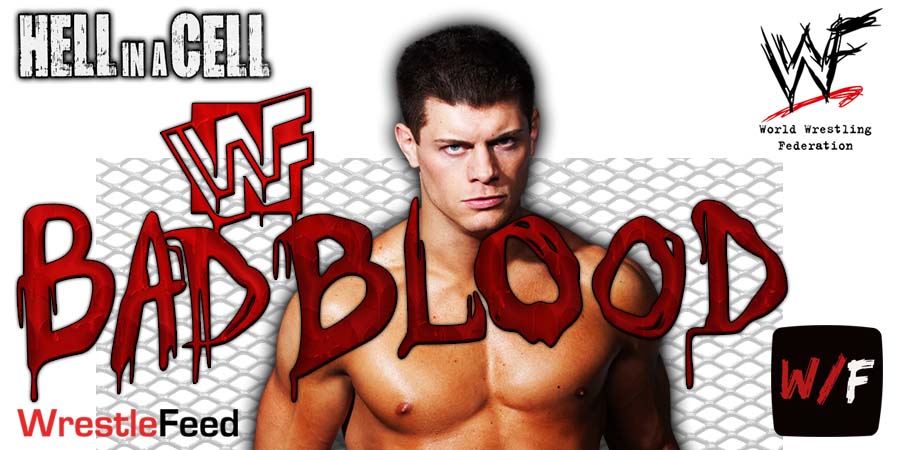 On tonight’s RAW, two matches were made official for WWE Hell In A Cell 2022 PLE (premium live event), which takes place on June 5th.

After being attacked by Seth Rollins last week, Cody Rhodes appeared on tonight’s RAW to challenge Rollins to their 3rd PLE match – inside Hell in a Cell. Rollins accepted the challenge.

Later in the main event, Asuka defeated Becky Lynch to become the #1 contender for the RAW Women’s Championship.

She will now face Bianca Belair for the Title at this upcoming event.

Below is what the updated Hell In A Cell 2022 match-card looks like:

Official Poster for WWE Hell In A Cell 2022. pic.twitter.com/sBeARalSR0

WATCH: Sasha Banks Almost Exposed At Hell In A Cell 2019: