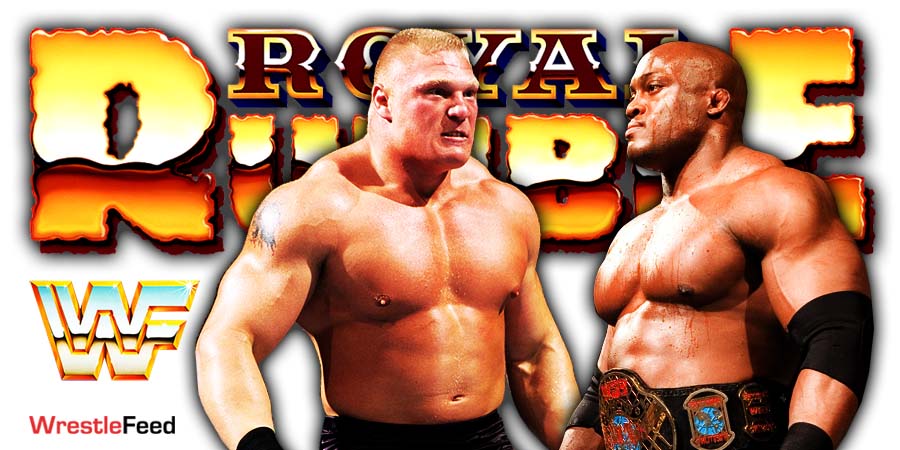 WWE will return to Madison Square Garden for a Live Event on March 5. The following matches have been announced for this non-televised House Show:

– Bobby Lashley vs. Brock Lesnar for the WWE Championship

– Roman Reigns vs. Seth Rollins for the Universal Championship

– Becky Lynch vs. Bianca Belair vs. Rhea Ripley for the RAW Women’s Championship

As usual, this card is subject to change, as Elimination Chamber 2022 premium live event will take place before this Live Event.

2 Royal Rumble 2022 rematches can be seen above – Lesnar vs. Lashley and Reigns vs. Rollins.

This will be Lesnar’s first match at a Live Event in 4 years. His last Live Event match took place in March 2018, where he defeated Kane and Braun Strowman in a Triple Threat Match to retain the Universal Championship.

It was broadcasted from the Saitama Super Arena in Saitama, Japan and featured pre-taped matches, interviews & storyline segments on the road to the ‘WWE No Way Out 2005’ PPV.