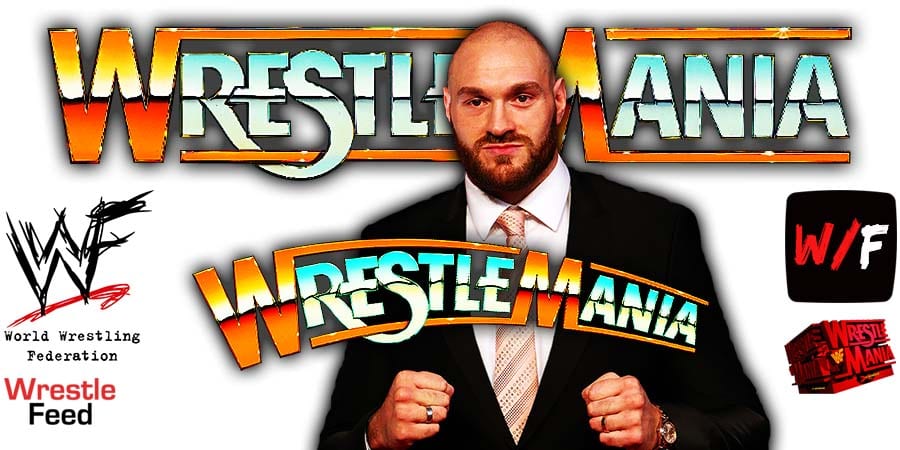 During a recent interview with Behind The Gloves, undefeated Boxing Heavyweight Champion Tyson Fury revealed the plans that got cancelled for him in 2020 due to COVID-19.

I was also supposed to fight Drew McIntyre in a PPV event in the UK, but none of that happened, thanks to COVID.

So, COVID has cost me SummerSlam, [WrestleMania], PPV with Drew McIntyre, the [Deontay] Wilder rematch and the [Anthony] Joshua fight.

McIntyre and Fury were building their feud through social media and a formal challenge was issued as well (tap here to read more).

Also Read: 5 Major Names Not Expected To Appear At WrestleMania 37

It was broadcasted from the Continental Airlines Arena in East Rutherford, New Jersey and featured matches, interviews & storyline segments on the road to the ‘WWF WrestleMania 2000’ PPV.

2. Mark Henry vs. The Dudley Boyz

7. The Acolytes vs. Edge & Christian