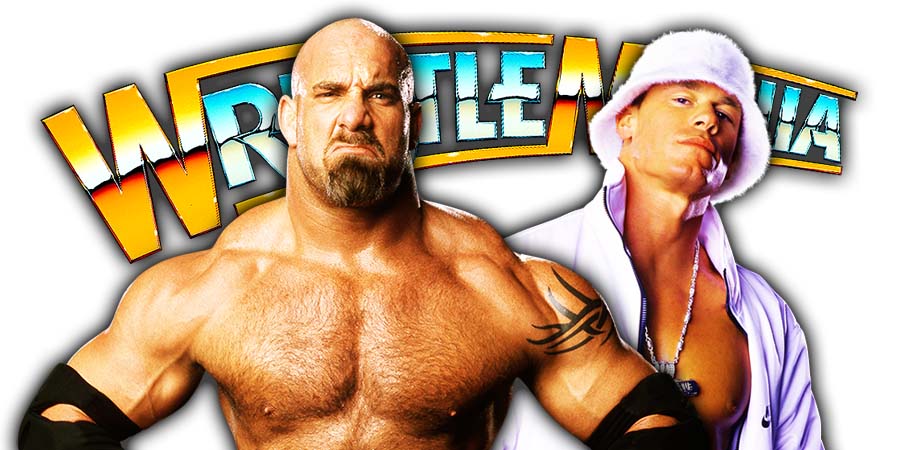 • 5 Major Names Not Expected To Appear At WrestleMania 37

When WWE announced that WrestleMania 37 will be a two-night event this year, the Wrestling Observer reported that WWE was looking to bring back their special attraction to fill up the two nights with big matches.

However, in a new update from the Wrestling Observer, WrestleMania 37 won’t feature Brock Lesnar, Goldberg and The Undertaker (who officially retired from in-ring competition at Survivor Series 2020).

“No Goldberg, no Undertaker, no Lesnar. So, you’ve taken some of the biggest attractions off and Edge does not replace them. We’ve seen that. He just doesn’t. Edge looks old. Edge is gonna get a lot of criticism.”

Goldberg, Lesnar and Undertaker had matches at WrestleMania 36 last year, but it looks like they won’t be in action at this year’s Show of Shows.

Also, if you noticed in January when Triple H fought Randy Orton on RAW, he wrestled in a T-Shirt because he has dropped some size (as he’s only used as a back-up wrestler now and not as a regular special attraction for big events, so he doesn’t need to be that big while being a WWE Executive).

During an interview with Forbes in February, Cena noted that the situation is out of his hands and that he won’t be able to appear at WrestleMania 37 as it will halt the production of his current show and cost a lot of money.

Also Read: Vince McMahon Forced Goldberg To Use The Jackhammer