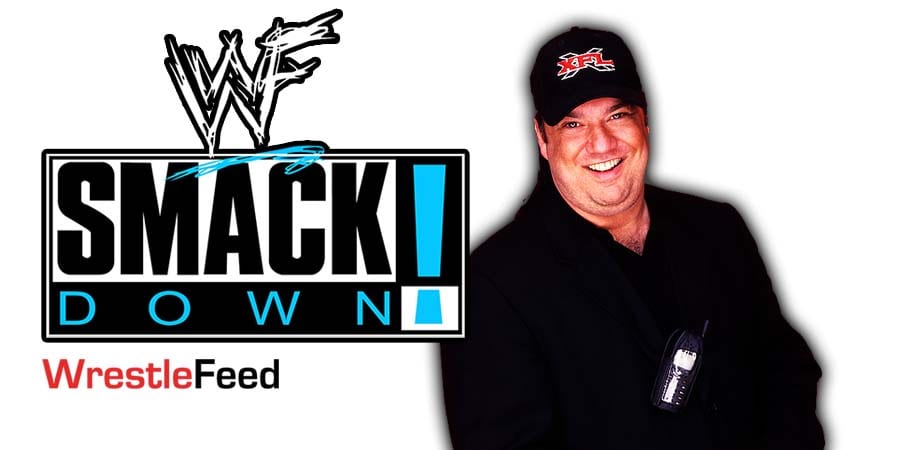 Men’s Royal Rumble 2021 winner Edge will compete in his first singles match on SmackDown in over a decade, when he faces Jey Uso next week on SmackDown. The winner of this match will become the special guest enforcer for the Roman Reigns vs. Daniel Bryan Universal Title match at Fastlane 2021.

On Talking Smack this morning, Paul Heyman addressed this situation and said the following:

“Where do I even begin on this? How many challengers can there be for the Universal Championship during WrestleMania season? There’s Edge. You’d think with a surgically repaired neck would learn not to pi$$ off your ‘Tribal Chief’ because that’s what Edge has done. And it’s not healthy for Edge.

Let’s think about this. Edge, your best friend in this world knew he was going to become Roman Reigns’ target just to get into your head. What did he do? He ran away before Roman Reigns could target him.

You want to be the special enforcer? You want to involve yourself in Roman Reigns’ match against Daniel Bryan? Why? Because you know it’s an easier fight with Daniel Bryan than it is against Roman Reigns, who is untouchable, who is unbeatable, who is the reigning, defending, undisputed, uncontroverted WWE Universal Heavyweight Champion and the main event of WrestleMania.

There’s only one opinion that matters. It’s not the Chairman of the Board or his child or anybody else. He’s the ‘Head of the Table,’ the end all be all, Roman Reigns.”

Also Read: Christian Cage On Who Influenced Him To Consider Joining AEW

This episode was pre-taped at the Convention Center in Long Beach, California and featured matches, promos & storyline segments on the road to the ‘WWF WrestleMania IX’ PPV.