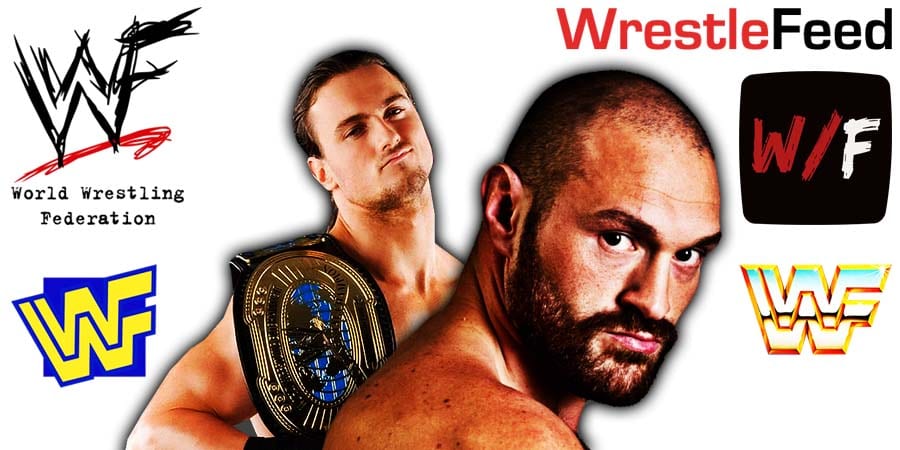 It was pre-taped at the Crown Coliseum in Fayetteville, North Carolina and featured pre-taped matches & storyline segments on the road to the ‘WWF Unforgiven 2000’ PPV.

1. The Road Dogg vs. Bull Buchanan

4. The Undertaker vs. Chris Benoit

Heavyweight Boxing Champion Tyson Fury and WWE Champion Drew McIntyre have been firing shots at each other since McIntyre won the WWE Championship at WrestleMania 36 this year.

The Gypsy King has now issued a formal challenge to McIntyre in a video posted on Twitter.

Below is what he said in it:

“Been sitting on the train, after a long and busy weekend, and I’m thinking about people I want to punch in the face. And the first one that springs to mind is a big fella called, Drew McIntyre.

Now, Drew, you’ve been having quite a bit to say about me, lately. I’d love to punch your face in, honestly. Bang! Right in the lips. So, grow a pair, step up to the plate, and come fight the master — me.

So, this is an official challenge video to Drew McIntyre, the WWE Heavyweight Champion of the world. I already knocked your pal out, Braun Strowman. I’ll do the same to you. Bring it.”

“I’m not one of the normal bums you pick to fight, I’m not some punching bag getting paid to turn up and lose. Nice timing by the way, even with a fractured jaw I’m pretty confident I could do 12 rounds with your pillow fists. Nice try, ‘King.’ – Your @WWE Champion”

I'm not one of the normal bums you pick to fight, I'm not some punching bag getting paid to turn up and lose. Nice timing by the way, even with a fractured jaw I'm pretty confident I could do 12 rounds with your pillow fists. Nice try, ‘King.’ – Your @WWE Champion https://t.co/iWjPEzKJaV

Fury’s last WWE appearance was at an episode of SmackDown in UK in November 2019.