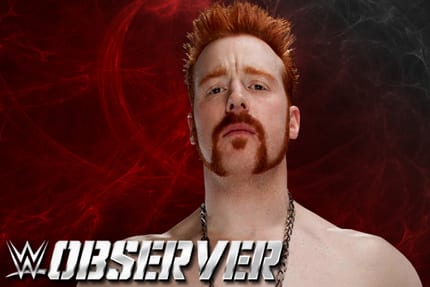 As noted before, Sheamus will be returning to WWE programming in the coming weeks. WWE has been showing vignettes for his return and according to these clips, it looks like Sheamus might be returning as a monster heel.

Let us take a look at 3 different scenarios for Sheamus heading into WrestleMania 31.

Bad News Barrett’s Intercontinental Title will be defended in a ladder match on the grandest stage of them all. WWE noted on its website that there will be 6 participants in the match.

Bad News Barrett, Dean Ambrose, Dolph Ziggler, Luke Harper & Daniel Bryan currently look like the possible participants in the ladder match. According to this line up, only one spot is left to be filled.

Since WWE is trying to bring prestige back to the IC title, they can easily achieve that by entering another former WWE Champion into the match. Sheamus has been in ladder matches before and despite being a big guy, his performance has been up to the mark in these matches.