The 2019 Draft edition of WWE SmackDown will emanate from the T-Mobile Arena in Las Vegas, Nevada. The show will feature the fallout from the Hell In A Cell pay-per-view and also follow what happened on SmackDown’s premiere on FOX last week.

Seth Rollins successfully retained his Universal Championship against “The Fiend” Bray Wyatt last Sunday when the referee called off the match due to Rollins using a sledgehammer against The Fiend. On the other hand, the alliance of Roman Reigns and Daniel Bryan worked out pretty well and got a win over Erick Rowan and Luke Harper in a spectacular match.

After their big wins at Hell In A Cell 2019, Roman Reigns and Seth Rollins will face off on SmackDown with the winner getting their brand the first pick for the Draft.

In this article, let’s take a look at 3 potential finishes for Seth Rollins vs. Roman Reigns tonight. 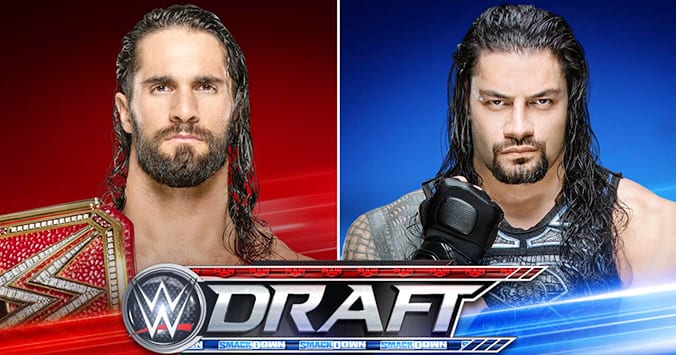 Roman Reigns and Seth Rollins will lock horns in a singles match on Friday night after a very long time. Rollins cemented himself as the “Face of WWE” during Reigns’ absence and also won the Universal Championship, which once Reigns carried.

Reigns and Rollins are two of the biggest superstars in WWE right now and the ending of the match will be quite unpredictable.

Since his return, WWE has put Roman Reigns against really unlikeable heels and The Big Dog came out on top against all of them. It will be interesting to see who the crowd supports in this ‘Face vs. Face’ bout.

With the way WWE has been booking Rollins recently, it looks likely that he’ll defeat The Big Dog clean.