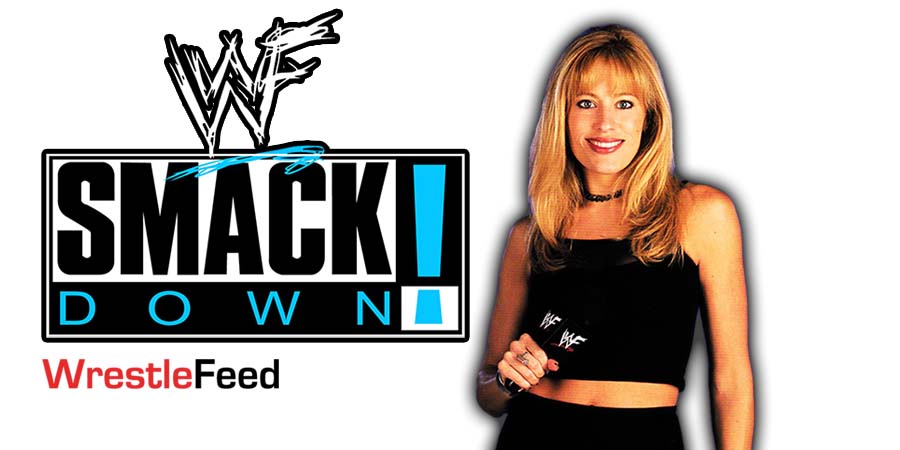 Along with RAW Women’s Champion Charlotte Flair and Rhea Ripley, Drew McIntyre was the third Superstar from RAW to work in a dark match at Super SmackDown from Madison Square Garden.

Below is what happened before and after SmackDown:

– Lilian Garcia returned and sang the National Anthem. You can watch it below:

– Drew McIntyre def. Baron Corbin via DQ after Corbin hit Drew with a Steel Chair (After the match, Drew got back into the fight and hit Corbin with multiple Chair Shots, and ended things by delivering a Claymore Kick)

Lilian wrote the following about her one-off return to WWE:

“Hey guys, alright, by now you know that I made it to New York, Madison Square Garden. Oh my God, I just finished performing in there. It was crazy, it was amazing, it was emotional. Can you guys tell that I cried? New York, thank you.

Thank you for the love, WWE thank you, you guys are amazing, I love you, and to everybody, remember – we said it, we would not forget. Don’t forget all of those who have suffered, and that it was just this tragic, tragic moment in our history, but we have to remember to be united.

We are Americans first. Unity, love first, alright? I love you, guys. Goodnight from New York.”

Also Read: Backstage News On Whose Match Got Cut Due To Edge vs. Seth Rollins Going On Longer Than Expected

Doink The Clown vs. The Black Phantom