The build-up to WWE Clash of Champions continued on this week’s RAW and SmackDown. The event will be emanating from the Spectrum Center in Charlotte, North Carolina on 15th of September.

This week on RAW, we saw several unexpected things, including ‘The Fiend’ Bray Wyatt’s attack on Jerry ‘The King’ Lawler and Braun Strowman and Seth Rollins winning the RAW Tag Team titles, when everyone actually waited for The Monster Among Men to face AJ Styles for the United States Championship, which did not end in the way we expected.

The following night on SmackDown, Daniel Bryan finally revealed Roman Reigns’ mystery attacker. Moreover, Kevin Owens was surprisingly eliminated in the first round of the King Of The Ring Tournament, due to an unexpected appearance by special guest referee Shane McMahon. Charlotte Flair also challenged Bayley to a SmackDown Women’s Championship match, which is now confirmed to take place at the Clash Of Champions pay-per-view.

In this article, let’s take a look at four matches which look imminent after this week’s RAW & SmackDown: 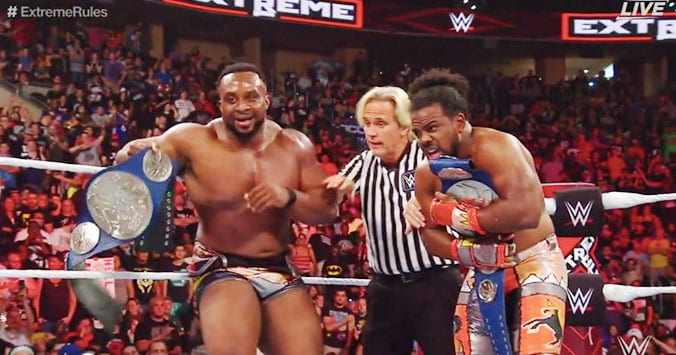 The New Day won their sixth Tag Team Championship at the Extreme Rules pay-per-view back in July. However, they haven’t done much since winning the titles. Xavier Woods and Big E have not defended it even once [on TV] in their sixth reign as Tag Team Champions. Surprisingly, they were not even a part of the SummerSlam match-card.

Now that the pay-per-view of champions, WWE Clash Of Champions, is coming up, it looks like WWE finally decided to do something with the titles.

The Revival teamed up with Randy Orton to face The New Day in a six-man tag team match on SmackDown last week. Scott Dawson of The Revival pinned Xavier Woods of The New Day, and picked up the win for his team.

This week on SmackDown, The Revival challenged The New Day to a SmackDown Tag Team Championship match in the future. The future doesn’t look far away, and it looks like it may be as near as the Clash Of Champions pay-per-view next month.