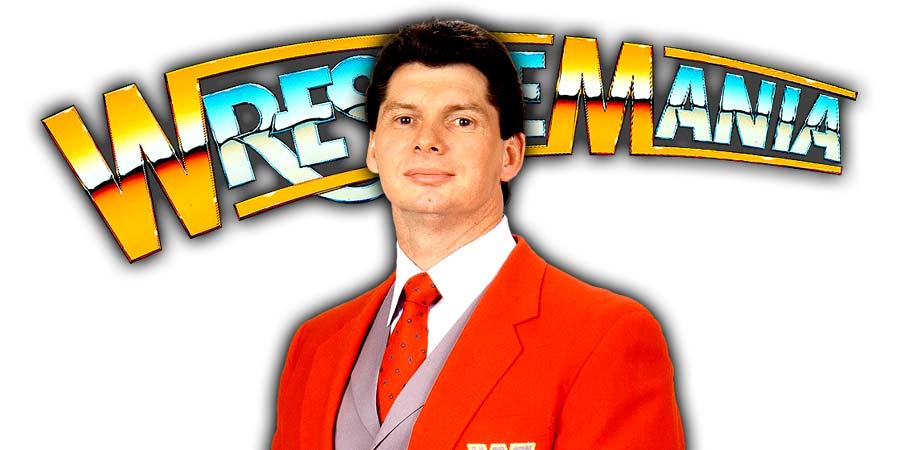 Most people consider this the greatest overall SummerSlam event of all time, and we’re not claiming they’re wrong!

– The Natural Disasters defeated The Bushwhackers

The Legion of Doom defeated The Nasty Boys (c)

– Match Made In Hell

Match Made In Heaven – Wedding

During a recent interview with the Wrestling Estate, Jon Robinson (author of a WWE backed book Creating The Mania: An Inside Look at how WrestleMania Comes to Life) revealed that the following 4 matches were being considered for WrestleMania 34, but got nixed due to various reasons:

Below is what Jon said:

“Look at the Usos. In character, they’ve always wanted to be on the main card of WrestleMania, but in real life, it means so much to them, especially with the legacy of their father. They pushed so hard throughout the year to be able to get to WrestleMania.

There were so many matches being pitched behind the scenes. New Day and Usos were hoping for some kind of TLC match. Kevin Owens was hoping to wrestle Vince McMahon after the headbutt incident.

There were a lot of matches in play that could have completely changed the card. And then you hear from creative about injuries affecting things like Seth Rollins vs. Dean Ambrose, and then Ambrose got injured.

They were also trying to do Kurt Angle vs. Jason Jordan, but then Jordan got injured.”