WWE pulled a swerve this Monday night on RAW, and crowned new RAW Tag Team Champions. When everyone waited for a bout between AJ Styles and Braun Strowman for the United States Championship, WWE did the unexpected.

As predicted earlier, Luke Gallows and Karl Anderson cost The Monster Among Men the United States Title match when he was closing in on victory against The Phenomenal One. They even planned to beat him down post match, but WWE Universal Champion Seth Rollins made the save for Strowman, thus returning the favour Strowman did to him the previous week.

Rollins’ interruption led to him teaming up with Strowman to take on The Good Brothers for the RAW Tag Team Championship in the main event. Surprisingly, the unlikely duo won the Tag Titles.

In this article, let’s take a look at four reasons why Seth Rollins and Braun Strowman won the RAW Tag Team Championship.

4. To Put Over The Next RAW Tag Team Champions Big Time 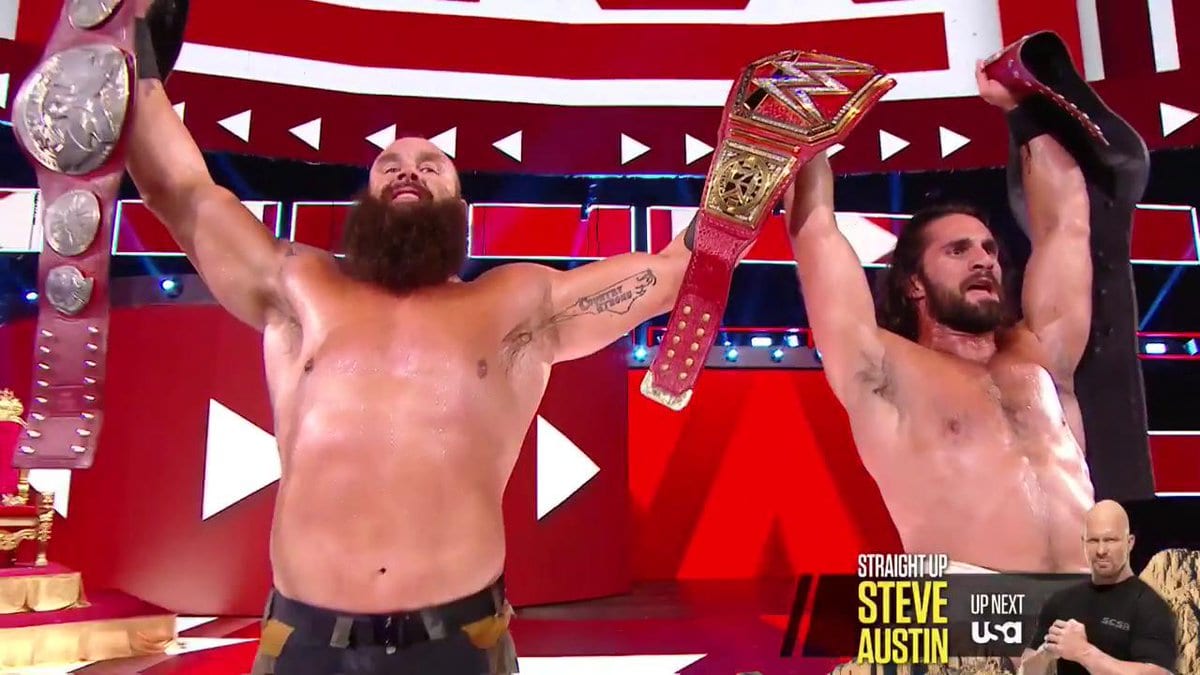 There’s no doubt that Braun Strowman and Seth Rollins are two of the most over wrestlers in WWE right now, and when you put the two in a team, it becomes even more impressive. Just when the fans almost forgot that the RAW Tag Team Titles existed, WWE revived the RAW Tag Team Championship picture by putting the titles on Strowman and Rollins.

The unlikely duo of the Powerhouse and The High-flyer was something we never expected to see.

It’s a fact that whoever beats this duo will definitely be getting a huge push by WWE. It won’t be an easy task, but it’s not impossible. The direction in which WWE is heading with the RAW Tag Team Titles looks pretty clear, which indicates that Rollins and Strowman won’t be holding the titles for too long, which is leading to a push of another tag team.

While it is unknown who will beat the two for the titles, one thing is for sure, Vince McMahon will definitely be high on them. Perhaps The Unbeatable Viking Raiders? Or the returning AOP?