WWE’s landscape will be changing next Friday when SmackDown premieres on FOX. Once the blue brand moves to FOX, we can expect a lot of changes on the show. It has been confirmed that both RAW and SmackDown will be getting new setups and commentary teams, and pyro will also be returning to the weekly shows.

It's our turn.@WWEUniverse, see you next Friday for the premiere of @WWE Friday Night SmackDown on FOX. pic.twitter.com/OD1goHlI8v

Next week’s episode is set to be huge as numerous legends are scheduled to appear on the show to celebrate the blue brand’s 20th anniversary. We can expect an even bigger change on the October 11th episode of SmackDown where the draft will commence.

A lot of the new wrestlers will be joining the show. FOX has already requested WWE to move some big names from RAW to SmackDown.

In this article, let’s take a look at 4 wrestlers who could join SmackDown once it premieres on FOX. 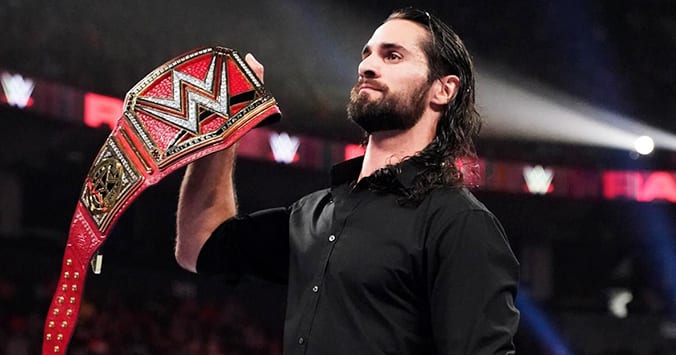 Seth Rollins is one of the most popular wrestlers in WWE right now. Since Roman Reigns got sidelined with Leukemia, Rollins has been the top guy on RAW.

From winning the Intercontinental Title at WrestleMania 34 to defeating Brock Lesnar for the Universal Championship at WrestleMania 35, Rollins has become a prizefighter over the past year. His second win against The Beast Incarnate in 2019 showed how much WWE values him.

Rollins is set to face “The Fiend” Bray Wyatt at Hell In A Cell in just a week from now which is going to be the toughest challenge in his second Universal Title reign. WWE is booking The Fiend as an undefeatable monster, so we can expect Rollins to drop his Title to The Fiend, unless something out of the box happens during the match.

Rollins dropping the title and moving to SmackDown looks like a good option as WWE will need some top stars to boost the show’s popularity once it moves to FOX. Moreover, it will be a much-needed change for Rollins, as he’s been on RAW for more than 3 years.