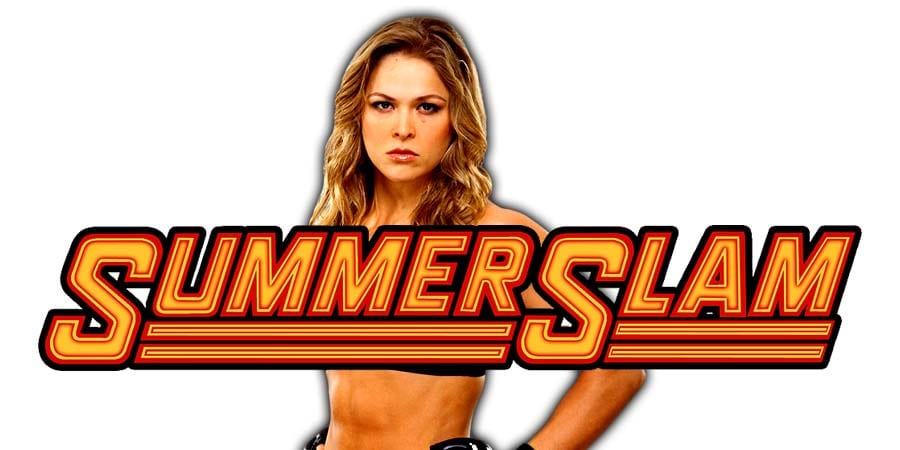 WWE SummerSlam 2019 is almost upon us. The event returns to Canada after 15 years, and will be taking place at the Scotiabank Arena in Toronto, Ontario this Sunday.

Ten matches are confirmed for the event including Brock Lesnar vs. Seth Rollins for the Universal Championship, Kofi Kingston vs. Randy Orton for the WWE Championship and AJ Styles vs. Ricochet for the United States Championship.

Elsewhere on the card, both women’s divisions will be represented with Becky Lynch vs. Natalya for the RAW Women’s Championship and Bayley vs. Ember Moon for the SmackDown Women’s Championship. In addition, WWE Hall Of Famer Trish Stratus will once again step inside the ring to face Charlotte Flair.

Shane McMahon and Kevin Owens will also get the chance to get their hands on each other. WCW Legend Goldberg will also be facing Dolph Ziggler at the pay-per-view event.

A lot of wrestlers are scheduled to be a part of the biggest party of the summer, but some are not. Like every year, we may get to see several surprise appearances at the event.

In this article, let’s take a look at 4 names who could make a surprise appearance at WWE SummerSlam 2019 this Sunday. 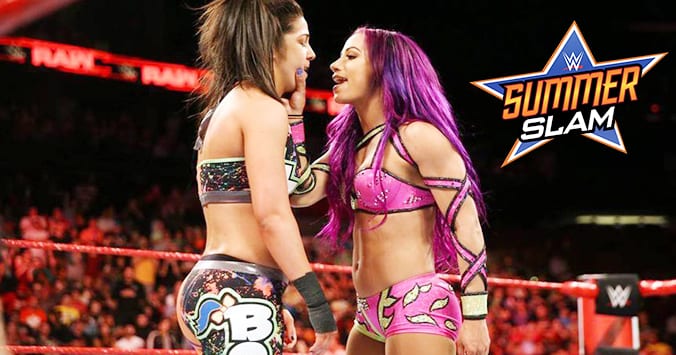 Sasha Banks has been off WWE programming for several months now. The Boss was last seen at WrestleMania 35 in April earlier this year, where she lost the Women’s Tag Team Championship along with Bayley to The IIconics.

She was reportedly having some issues with how the WWE Creative was booking her. Due to the loss at WrestleMania, she reportedly tried to quit the company. However, the issue is settled now.

There were several rumors and predictions regarding The Boss’s return at the Extreme Rules pay-per-view last month, but that did not happen. But now, WWE should not delay her return anymore, and pull the trigger at SummerSlam this Sunday. It is the perfect time for a surprise appearance from Banks, which would also cause a huge pop.

One angle WWE can go with is Banks costing Bayley her SmackDown Women’s Championship match. She can then start her much anticipated feud with Bayley. It would also spark fans’ interest because the two have amazing chemistry inside and outside the ring. WWE has been trying to do this match since last year, but they decided to put the duo in a tag team, when Vince McMahon announced a women’s tag team division in WWE.

Recently, RAW Women’s Champion Becky Lynch also called The Boss out. In an interview with Sky Sports, The Man claimed that Banks is “unable to step up”. One thing to note is that Banks is originally a part of the RAW roster, so we can’t rule out the possibility of a Lynch vs. Banks feud. The Man won’t have any credible opponent left after SummerSlam, so it might be the right time to bring The Boss back.