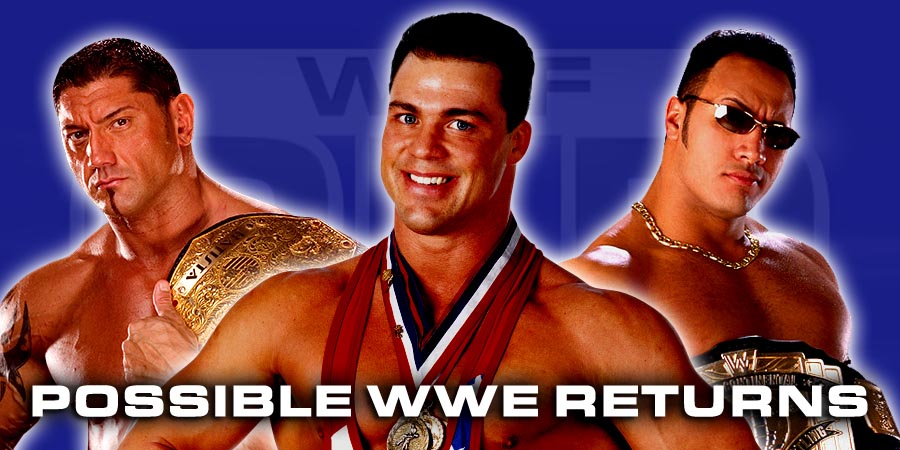 Whether anyone likes it or not, out of the Full Time WWE Roster, John Cena is the only one who draws a noteworthy amount of Money. All the others just don’t draw, regardless of how over they might or might not be with the Internet Fans.

The official numbers prove that, regardless of anyone’s personal opinion.

The Solution? Bring back Stars from the past who drew money back in the day and certainly still draw money today, if booked the right way.

We have listed them:

Yes, before you say anything, his 2014 run did suck. But that wasn’t all his fault.

Had his comeback happened during the Rumble match, it’s safe to say that the entire arena had cheered for him winning, but with his comeback already happening earlier, this crowd, that had the IWC Smarks cheering the loudest that night, turned on Babyface Batista and rather cheered the Heels instead.

For the next few weeks he got bashed all over the internet, with some smartypants claiming that Batista had forgotten how to wrestle.

The truth is, and everybody who has been in the ring before will confirm that, that he just needed a few weeks to work off his ring rust, a problem almost every Wrestler who had been away for 4 years like Batista would have faced.

Yes that run wasn’t very successful after all, but despite WWE’s terrible booking of him, Batista still drew a good amount of money, selling tickets & a lot of merchandise.

So there is still a lot of potential in a possible comeback of the Animal, and – if booked the right way – would still be able to draw a lot of money.

Especially since he’s now a Hollywood star, among other roles starring as the new James Bond villain in the newest 007 movie.