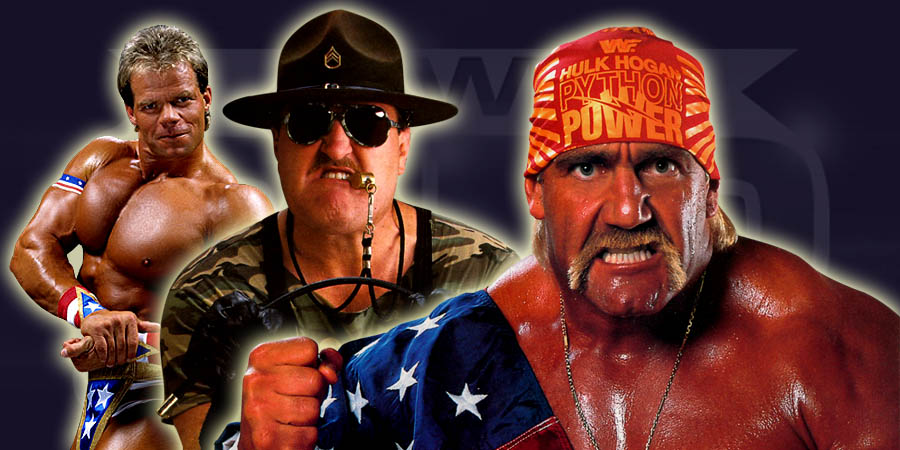 On the occasion of Independence Day in the United States of America, WWFOldSchool.com takes a look at 5 most patriotic moments in WWF history:

5. The All-Americans def. The Foreign Fanatics

Originally supposed to be the WWF Survivor Series 1993 Main Event: Lex Luger, The Steiner Brothers & Tatanka vs. WWF Champion Yokozuna, The Quebecers & Ludvig Borga, that card has changed twice in the weeks prior to the PPV.

First Yokozuna & Borga took out Tatanka, who eventually got replaced with the Undertaker, then Luger took out Pierre with the steel plate in his forearm, so the Foreign Fanatics replaced him with Crush, who had recently turned Heel.

The Match itself was a classic Survivor Series Elimination Match and saw basically a Team U.S.A. vs. Team Foreigners, with (surprise, surprise) the All-Americans getting the win at the end.