Former NXT Champion Aleister Black moved to SmackDown in the Superstar Shakeup which took place a few months ago. He was split up with his tag team partner, Ricochet, who was left on RAW after the shakeup. Black hasn’t competed in the ring since moving to the blue brand.

He appeared in numerous vignettes over the past two months, announcing his arrival on the blue brand and trying to pick up a fight. At the start of June, WWE’s Twitter account asked the fans who they wanted to see answer Black’s challenge. They presented the images of Randy Orton, Shinsuke Nakamura, Lars Sullivan, Kevin Owens, Finn Balor, and Buddy Murphy.

Earlier this week on SmackDown, Black said that he will be competing at the upcoming Extreme Rules pay-per-view.

WWE has announced that Black’s opponent at Extreme Rules will be revealed tonight on SmackDown.

In this article, we’ll take a look at five wrestlers who can face Aleister Black at Extreme Rules. 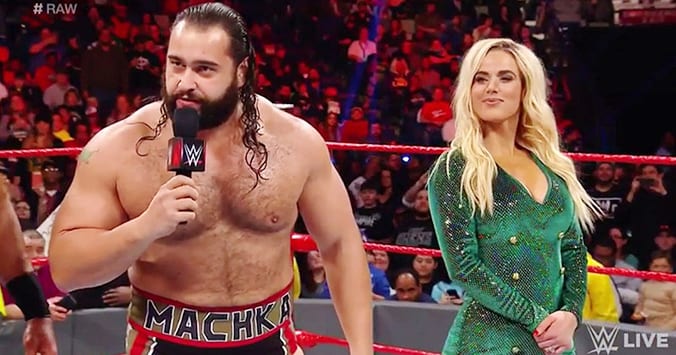 Rusev can be a possible opponent for Aleister Black as WWE currently has no plans for the Bulgarian Brute. He was last seen on WWE programming at Super ShowDown in Saudi Arabia.

There were rumors that he and Lana had asked for time off from WWE, which he denied.

You have been fed the wrong information, Dirt sheets.

Since WWE has not been using Rusev lately, and Black also needs an opponent at Extreme Rules, this can be the perfect opportunity for them to use both wrestlers. With great storytelling, the two can put up one hell of a show.

Eric Bischoff as in charge may give the former United States Champion some opportunities, and this might just be one. Rusev vs. Black can be an intriguing rivalry if given the time.