The fallout of last night’s Royal Rumble 2021 pay-per-view will come on the first RAW on the road to WrestleMania 37 tonight from the WWE ThunderDome. 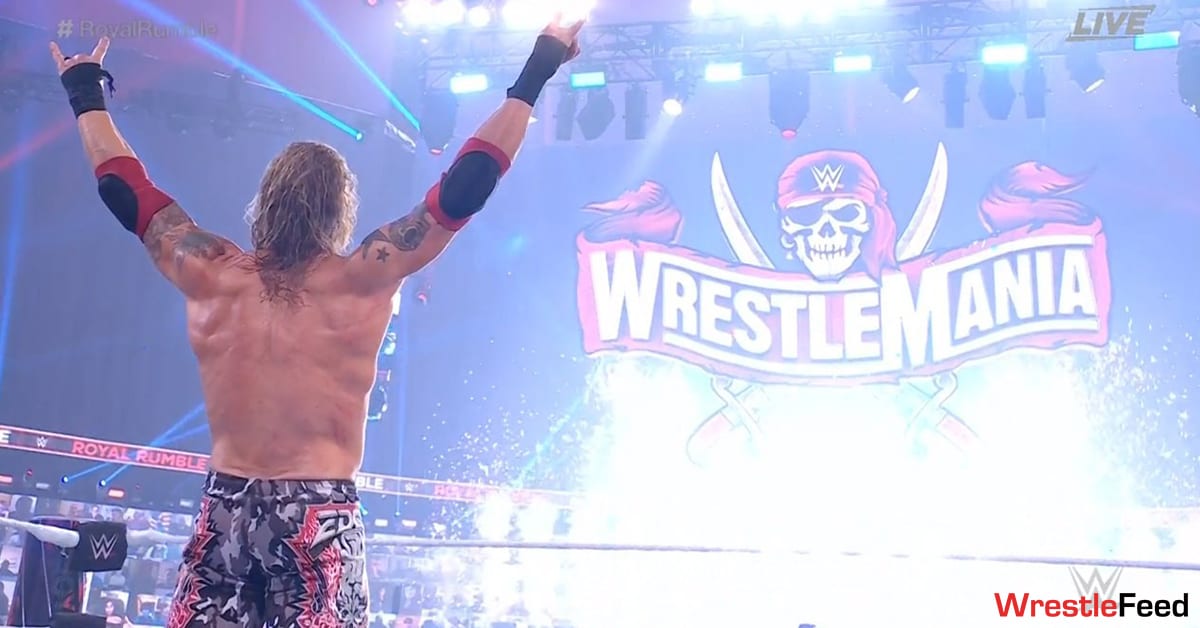 WWE Hall Of Famer Edge made history last night, as he won the Royal Rumble match from the #1 spot, marking his second Royal Rumble victory.

The Rated-R Superstar can now challenge WWE Champion Drew McIntyre or Universal Champion Roman Reigns in the main event of WrestleMania 37 (Night 1 or 2), and he may reveal who he wants to face at the Show of Shows on tonight’s RAW.

He will probably cut a promo tonight and talk about his miraculous return, and how it got even better this year now that he’s on top.

We may see Drew McIntyre coming out to congratulate him and tease a match between the two as well.