WWE RAW will emanate tonight as the go-home show for Clash Of Champions from Madison Square Garden in New York City. Tonight’s show is going to be special and we can expect some huge things to take place. With the opening fixtures of NFL going on, WWE will pull all the tricks up their sleeve to win the battle of ratings.

Tonight’s show will feature the return of Stone Cold Steve Austin, who will be moderating the contract signing between Seth Rollins and Braun Strowman. In addition, the four horsewomen of WWE will be competing in a tag team match against each other.

United States Champion AJ Styles will also take on Cedric Alexander, which may prove to be a spectacular bout. The King Of The Ring 2019 tournament will also find its first finalist tonight.

In this article, let’s take a look at 5 things which could happen on RAW tonight. 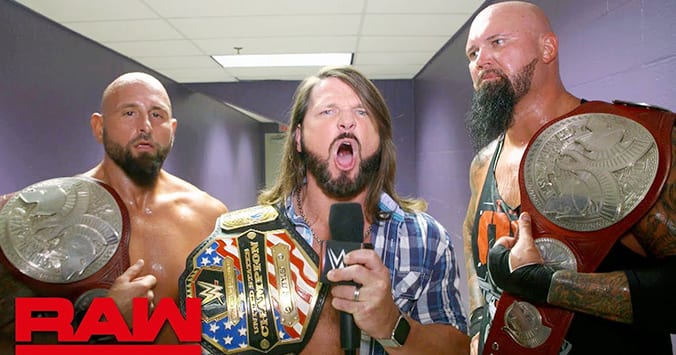 One factor which may have played a big role in Alexander’s defeat was The O.C. coming to beat him down out of nowhere. While he was warming up for his quarter final match against Corbin, The OC, who weren’t very happy after their altercation with Seth Rollins and Braun Strowman, took out their frustration on him.

WWE has announced that Alexander will be taking on The Phenomenal One tonight on RAW.

BREAKING: @CedricAlexander is set to do battle with @AJStylesOrg THIS MONDAY on #RAW!https://t.co/aBK1k5e0Lj

Just like most Styles’ matches recently, we can expect The Good Brothers to interrupt in this one as well. It will lead to a United States Championship bout between Alexander and Styles this Sunday at Clash Of Champions.