WWE Monday Night RAW showed a lot of improvement last week and caught the attention of many fans. AJ Styles turning heel, The Undertaker making another appearance, the returning Mike and Maria Kanellis and the explosion of RAW’s stage, all of them sparked interest among the fans.

Tonight’s RAW will be live from the Prudential Center in Newark, New Jersey, as the go-home show for the Extreme Rules 2019 pay-per-view.

Paul Heyman has already started showing his magic on the red brand, and we can expect bigger things for tonight’s show.

In this article, I’ll discuss five things which are expected to happen at tonight’s RAW. 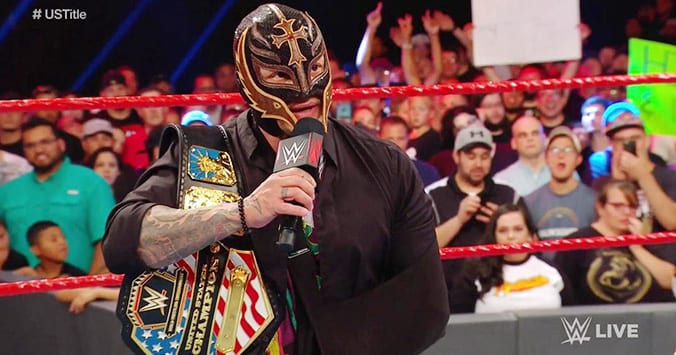 WWE has announced that former WWE World Heavyweight Champion Rey Mysterio will be returning on tonight’s episode of RAW, after being out of action due to a shoulder injury. Mysterio was last seen on WWE programming in June, when he relinquished his United States Championship.

Rey will most likely demand a match against Ricochet for the Title he never lost. Ricochet vs. Rey Mysterio could happen at the Extreme Rules pay-per-view. WWE might add a twist though. With AJ Styles’ beat down of Ricochet last week, we might get to see a triple threat match at Extreme Rules for the title.

Another possibility is that WWE might just finish the Rey Mysterio as United States Champion scenario and go for a fresh feud for him. Someone like Bray Wyatt could have a classic feud with the greatest mask of all time. Only time will tell what’s in store for the Master of 619.