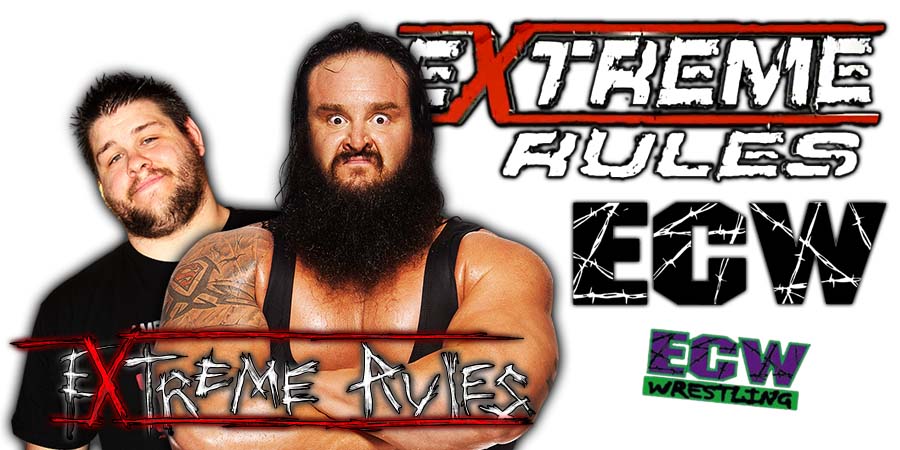 Extreme Rules 2018 PPV will take place tonight and it is the final PPV before WWE’s biggest event of the summer, SummerSlam 2018.

WWE has announced 12 matches for tonight’s show (10 main show matches and 2 kickoff show matches) and majority of the fans aren’t happy with how this PPV doesn’t feel ‘Extreme’.

While that is true, we are going to discuss something else in this article – 5 Things That WWE Shouldn’t Do Tonight At Extreme Rules 2018.

So, let’s get started!

5. Another PPV Loss For Shinsuke Nakamura

Shinsuke Nakamura has been on a PPV losing streak since WrestleMania 34. He was unable to defeat “The Phenomenal” AJ Styles in their feud over the WWE Championship and Nakamura has now set his sights on the United States Championship, which is currently being held by Old School WWF Veteran Jeff Hardy.

Nakamura & Hardy will collide tonight with the US Title on the line. If Nakamura loses tonight as well, then it’s safe to say that he won’t be able to recover from these series of loses as he lost ALL of his major singles title matches (against Jinder Mahal & AJ Styles) over the last year.

If he’s unable to win tonight even after being a heel for a few months now, then his heel turn is a waste as well.

One of the advantages of Nakamura winning the US Title is that it will give some time off to Jeff Hardy, who has been dealing with some injuries as of late.

Hardy also noted in a recent interview that he stopped doing the Swanton Bomb at Live Events because he’s dealing with lower back issues. That’s why he saves that move for televised shows only.