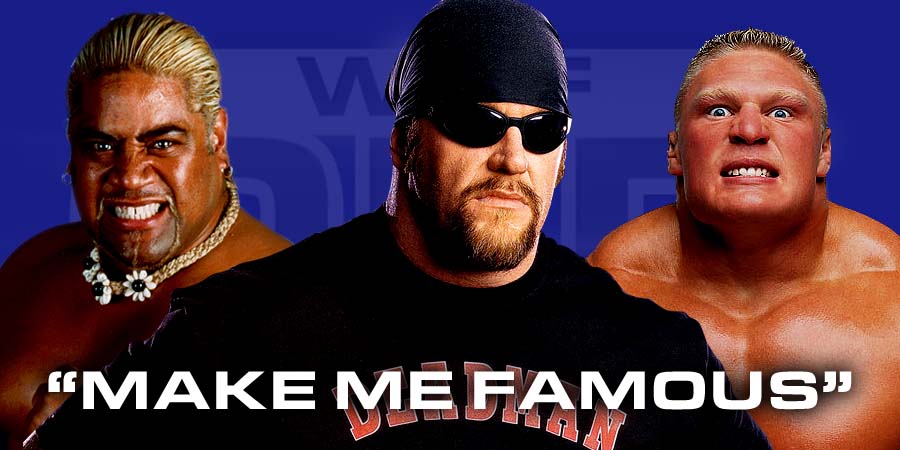 Who else can make a Wrestler famous, if not The Phenom itself: The Undertaker? And what better place than inside the infamous ‘Hell in a Cell’?

During his 25 year career, The Undertaker has been in 13 Hell in a Cell Matches and won 6 of them.

On April 3, 2016, The Undertaker will compete in his record 14th Hell in a Cell match, which is a lot more than any WWE Superstar in History has ever competed in.

Now we wanna look back at the Wrestlers, who The Undertaker made famous inside the Hell in a Cell, by making them bigger Superstars coming out of the match, than they had been going into it.

5. Randy Orton
“The Legend Killer” Randy Orton had a great run in Evolution from 2002 until he got kicked out of the stable by Triple H the Night after SummerSlam 2004. After that WWE tried to push him as a Babyface World Heavyweight Champion, but it failed pretty bad, so they took the Title off him at the very next PPV ‘WWE Unforgiven 2004’.

After challenging Triple H in a World Title Rematch at the 2005 Royal Rumble PPV in a losing effort, it was obvious that him being a Babyface just wouldn’t work at that point in time, so they decided to turn him back into a Heel.

And his first feud in which he turned Heel? You guessed it, it was against The Undertaker!

They traded Victories with The Undertaker going over at WrestleMania 21, and Randy Orton (with a little help of Bob Orton Jr.) getting the upper hand at ‘WWE SummerSlam 2005’ & ‘WWE No Mercy 2005’, there had to be 1 match to decide it all. 1 match that would end the feud.

And what better match than ‘Hell in a Cell’, which was booked for the Armageddon 2005 PPV.

There is no doubt that, even though Randy lost the match, The Undertaker had developed his career to the next level that night, when their feud ended in the Cell.

Today Orton is considered a Top WWE Main Eventer, an experienced Veteran and also a future WWE Hall of Famer (15-20 years from now).