WWE NXT has come a long way. From being a taped show on the WWE Network to competing with All Elite Wrestling on Wednesday nights, NXT’s move to the USA Network has caused a lot of buzz among the fans.

The ‘yellow and black’ brand premiered on the USA Network last month. Since then, some major things took place which has just added more quality to NXT.

Two of the biggest things that happened over the past couple of weeks is that former Universal Champion Finn Balór and one of the biggest names in NXT, Tomasso Ciampa returned to the brand.

Both of them confronted current NXT Champion Adam Cole, which have the potential to be the greatest feuds in NXT history.

Although NXT is doing pretty well on the USA Network, it still hasn’t been able to win the ratings war against AEW Dynamite.

WWE should bring back some more familiar faces to NXT, which will gain the brand more audience. Moreover, these wrestlers will get something to do as they aren’t used much on the main roster.

In this article, let’s take a look at 5 wrestlers who should return to NXT. 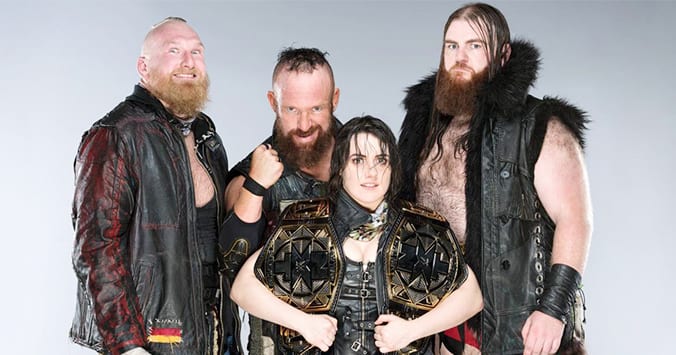 One of the top names in Impact Wrestling’s history, Eric Young made his official debut in the WWE back in 2016. Although he appeared on WWE programming a couple of times before signing a contract, Young officially stepped inside a WWE ring against then NXT Champion Samoa Joe in the summer of 2016.

After losing to The Samoan Submission Machine, Young left NXT and made his return in October that year. He made his debut alongside Killian Dain, Sawyer Fulton and Nikki Cross, leading a faction named SAnitY.

The faction proved to be quite successful on the yellow brand with Young capturing the NXT Tag Team Championship one time. However, it was lost in the shuffle once it made its debut on the WWE main roster.

Young was recently seen on WWE programming on this week’s episode of RAW, where he got squashed by Aleister Black. He was drafted to RAW about which he didn’t sound very pleased.

Moving Young back to NXT will be a smart move as not only will it help WWE to utilize his talent, but it will also give younger stars a chance to work with the veteran.