As the road to the TLC 2020 PPV continues, WWE will bring the last RAW of November 2020 from the ThunderDome in Orlando, Florida.

On this week’s episode, AJ Styles, Keith Lee and Riddle will battle in a Triple-Threat match for a shot at Drew McIntyre’s WWE Championship, Randy Orton will appear on A Moment Of Bliss and a lot more will happen.

In this article, let’s take a look at 6 things that might happen on RAW. 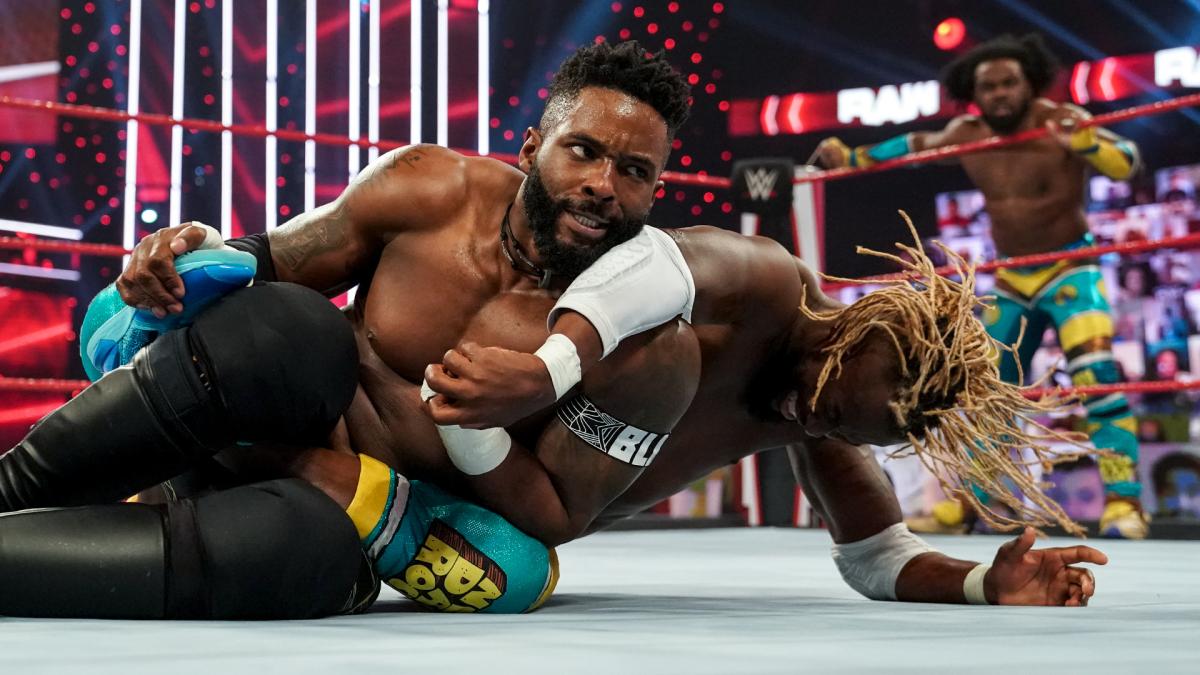 On last week’s RAW, Shelton Benjamin and Cedric Alexander of The Hurt Business got another match for the RAW Tag Team Championship, but they once again failed to capture the Titles as Xavier Woods rolled up Benjamin to get the win.

It seems like MVP and his men won’t stop chasing the Titles until they get their hands on them, so expect the feud to continue.

Benjamin, Alexander, MVP and Bobby Lashley will probably beat down Woods and Kofi Kingston this week.