Just 3 days after Super ShowDown, WWE will be heading to the Barclays Center in Brooklyn, New York for the go-home episode of RAW for this year’s Elimination Chamber pay-per-view.

As the the RAW side of the match-card only has 1 match announced so far, expect more matches to be announced tonight.

At Super ShowDown last Thursday, Brock Lesnar squashed Ricochet to retain the WWE Championship, while RAW Tag Team Champions Seth Rollins and Murphy defeated The Street Profits to retain their Titles as well. The Undertaker made a surprise appearance to take out AJ Styles and win the Tuwaiq Trophy.

Tonight’s show will be fast-paced with an appearance from WWE Champion Brock Lesnar. Humberto Carrillo and Rey Mysterio will team up to take on United States Champion Andrade and Angel Garza.

In addition, Beth Phoenix will return to give an update about Edge’s health. We can expect Randy Orton’s display of viciousness to continue tonight, as well as Charlotte Flair trying to intimidate NXT Women’s Champion Rhea Ripley ahead of WrestleMania 36.

6. AJ Styles Calls Out The Undertaker, The O.C. Interrupts Styles vs. Black 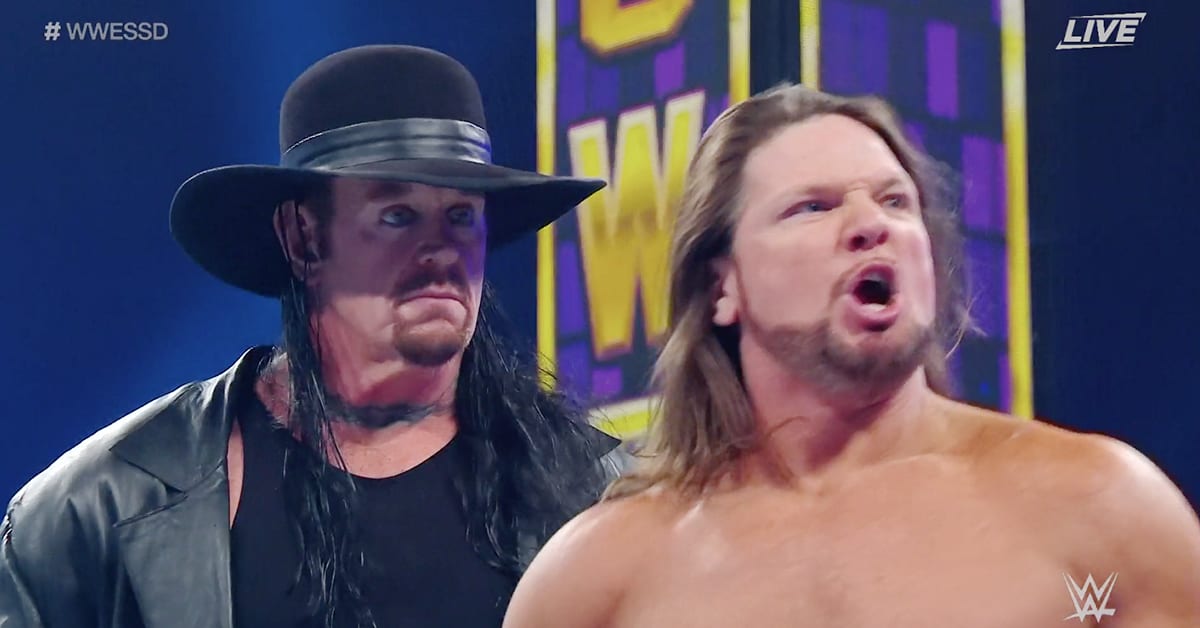 As seen at Super ShowDown last Thursday, The Undertaker made a surprise appearance at the end of the Tuwaiq Trophy Gauntlet match to take out AJ Styles with a Chokeslam to win the match.

Obviously, The Phenomenal One won’t let The Phenom get away with it easily. He’s probably going to whine about how The Undertaker snatched the opportunity of a lifetime from him, and will try to summon him as well. However, it will be of no use as Taker probably won’t show up tonight.

Styles is also set to face Aleister Black tonight because of The O.C. jumping him last week. It’s clear that The Dutch Destroyer won’t lose clean to Styles, and neither can The Phenomenal One suffer a loss while heading into a big feud with The Undertaker.

So the outcome of the match is probably going to be Luke Gallows and Karl Anderson attacking Black, which may set up a rematch between Styles and Black at Elimination Chamber this Sunday.