WWE Friday Night SmackDown will be emanating from the KeyBank Center in Buffalo, New York tonight. After moving to FS1 for a week, the blue brand will be returning to FOX tonight.

Tonight’s show will feature the fallout from the Crown Jewel pay-per-view and also give a little preview of what’s to come at Survivor Series in three weeks from now.

Bray Wyatt will be making his first ever appearance inside the ring on Miz TV tonight since getting repackaged as The Fiend. After getting his team a big win against Team Flair, Roman Reigns will take on King Corbin while SmackDown Women’s Champion Bayley will join forces with Fire & Desire to take on the #1 contender for her title, Nikki Cross, who’ll team up with Carmella and Dana Brooke.

The New Day and The Revival will also be colliding in a Clash Of Champions rematch with the SmackDown Tag Team Championship on the line.

However, presence of some top superstars who are scheduled for tonight’s show is still unconfirmed as they are facing issues in travelling back from Saudi Arabia.

In this article, let’s take a look at 7 things that could happen on SmackDown tonight. 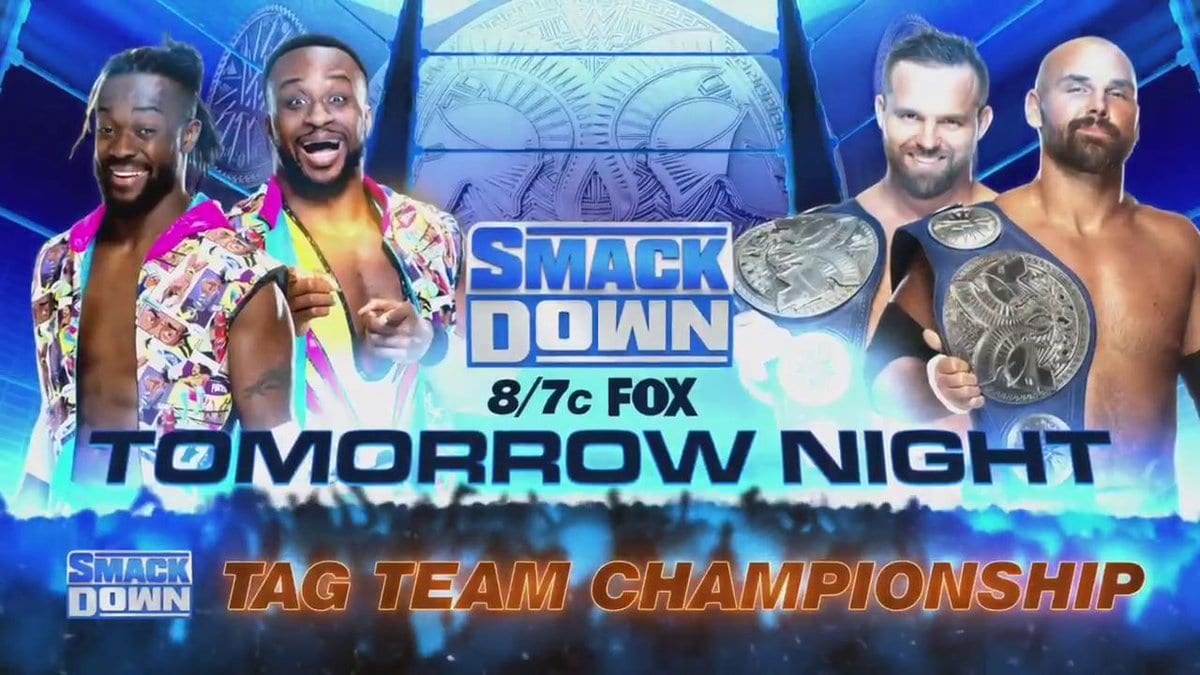 The Top Guys will be defending their SmackDown Tag Team Championship for the first time since winning it from The New Day at Clash Of Champions back in September.

Dash Wilder and Scott Dawson humiliated Xavier Woods and Big E to win the Titles. As Woods is out of action, Kofi Kingston and Big E will be looking for redemption against The Revival.

The New Day pinned the SmackDown Tag Team Champions to eliminate them from the Tag Team Turmoil match at Crown Jewel last night, so we can expect Wilder and Dawson to return the favour in their one-on-one encounter tonight.

This is just their first title defense so there are very low chances of them dropping the titles.