Tonight’s RAW is going to take place at the Angel Of The Winds Arena in Everett, Washington. With under two weeks until Super ShowDown, things will be heated up on the red brand tonight.

Last week’s show featured the official debut of Shayna Baszler, who bit RAW Women’s Champion Becky Lynch after she retained her Title in a match against Asuka. NXT Women’s Champion Rhea Ripley sent another message to Charlotte Flair, while Drew McIntyre got involved in a confrontation with MVP. Seth Rollins and his men also continued dominating the red brand.

Tonight’s show will feature a sermon from The Monday Night Messiah. Rusev and Humberto Carrillo will team up to take on Bobby Lashley and Angel Garza, while Matt Hardy will be looking to seek revenge against Randy Orton in a No Holds Barred match. Ricochet’s preparation against Brock Lesnar will continue as well. 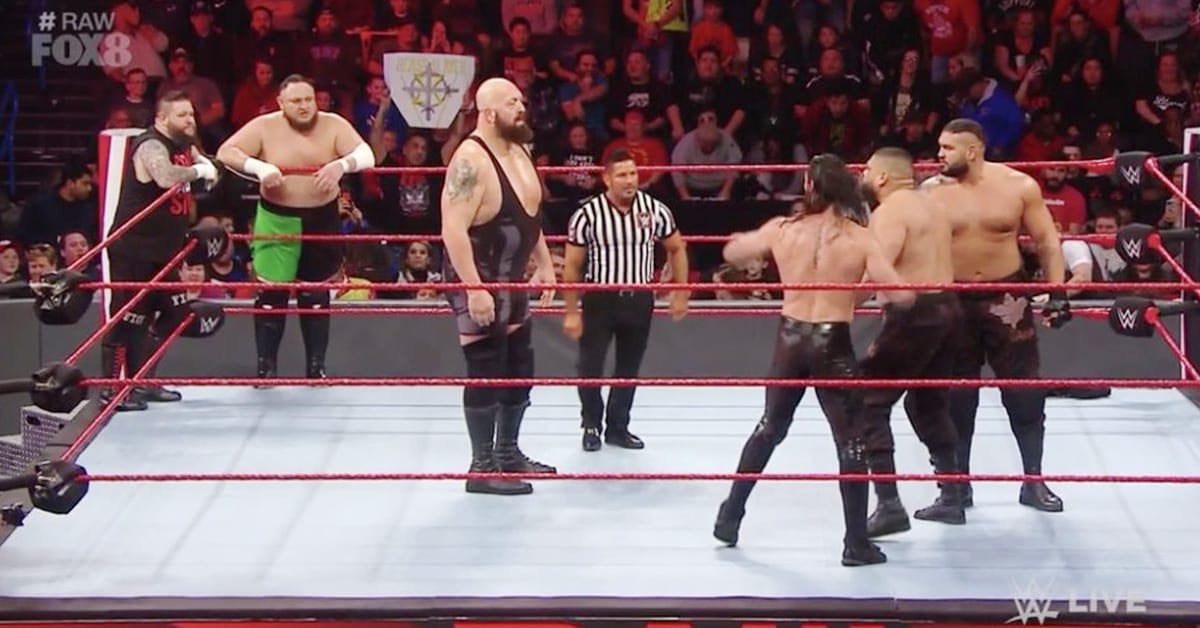 The Big Show made a surprise return to WWE last month to join forces with Kevin Owens and Samoa Joe against Seth Rollins and AOP. His run lasted a few weeks only as the numbers on his team’s side were once again less as compared to Rollins’ side, when Murphy joined the team of Rollins to take out Show.

Since then, Show has been off TV. According to PWInsider, he’s going to return at tonight’s show due to unavailability of several wrestlers. He will possibly continue his story with Rollins, AOP and Murphy on his return.

After defeating Kevin Owens, Samoa Joe and The Viking Raiders in an 8-Man Tag Team match last week, The Monday Night Messiah will be holding a sermon on RAW tonight. He’s probably going to boast about his superiority, and mock Owens and his team.

There’s a possibility that Big Show will show up during the sermon to avenge what Rollins and his men did to him last month. Things will likely get physical and we can expect Samoa Joe and Kevin Owens to show up as well.