WWE RAW will be emanating from the PPG Paints Arena in Pittsburgh, Pennsylvania tonight, as the go home show for WWE SummerSlam 2019. Last week, the RAW roster put on one hell of a show, which the fans enjoyed continuously.

Gallows and Anderson of The OC were crowned the new RAW Tag Team Champions, while Maria Kanellis became the first ever pregnant champion in WWE, by pinning Mike Kanellis to win the 24/7 Championship. Moreover, Ricochet earned the opportunity to face AJ Styles at SummerSlam for the United States Championship.

Moreover, we saw Brock Lesnar dismantling Seth Rollins, which led to Rollins leaving the arena in an ambulance. Natalya also beat down Becky Lynch after The Man competed in two consecutive matches. The show ended with a massive brawl between Roman Reigns and Samoa Joe, both superstars accompanied by their allies.

This week’s show is expected to be even better, as it will be the second last stop before SummerSlam 2019.

In this article, let’s take a look at 7 things which are expected to take place on tonight’s RAW.

7. Roman Reigns Gets Involved In Another Accident 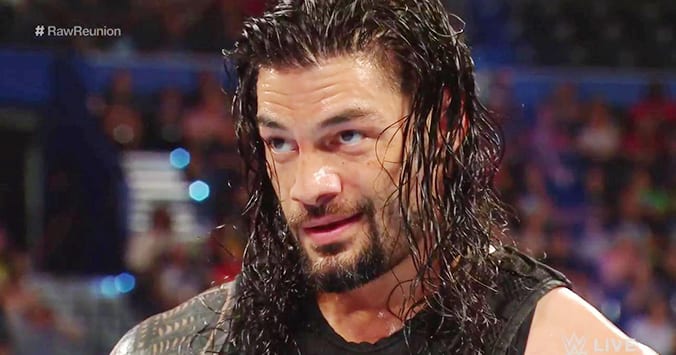 Last week’s RAW featured a vicious brawl between Joe and Reigns, which soon turned into an 8-man brawl, when three other wrestlers joined on both sides each.

Reigns was set to announce his SummerSlam opponent on SmackDown last week, but unfortunately, he could not announce it, as he was involved in an accident backstage.

As Reigns was heading for an interview with Kayla Braxton, someone tried to bury him below the scaffolding, but he came out safe.

There’s a huge possibility that the person behind the attack on The Big Dog will once again target him on RAW tonight, so we can expect Reigns to go through a dangerous path on tonight’s show. We might even get to know who the mysterious personality is.

Some names which are being tossed around are Daniel Bryan, Samoa Joe, Shane McMahon, Elias, Drew McIntyre and Buddy Murphy. Only time will tell what the future holds for The Big Dog.