The last episode of Monday Night RAW of 2019 will take place tonight at the XL Center in Hartford, Connecticut. The build-up towards Royal Rumble 2020 will continue on tonight’s show.

Tonight’s episode looks promising as a lot of questions will be answered to end the year. Bobby Lashley and Lana will get married tonight, while Buddy Murphy and Aleister Black will go head-to-head in a TLC PPV rematch.

We might also see a new addition to the RAW commentary team as Samoa Joe won’t be at the announce table after last week’s attack. Several Superstars could also declare their entries in the Royal Rumble match. 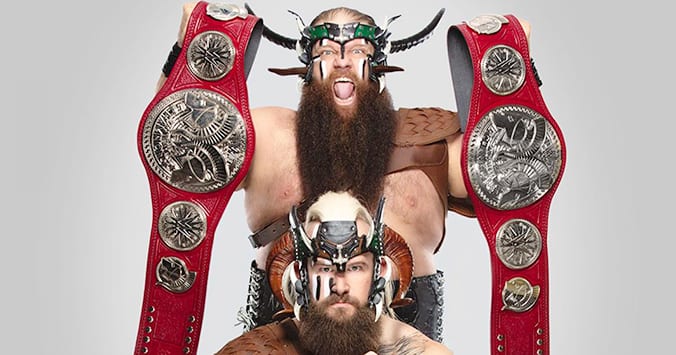 The Viking Raiders defended their RAW Tag Team Championship for the first time on a pay-per-view at TLC, defending their Titles against Luke Gallows and Karl Anderson. They proved their dominance once again after destroying The Best Tag Team In The World.

However, there was no definite winner as the match ended in a Double Count Out after Erik and Ivar put Anderson through the KFC table. Since then, the two teams have been striking back and forth at each other.

Last Monday night on RAW, The O.C. defeated Randy Orton and The Viking Raiders in a 6-Man Tag Team match, which has once again given The O.C a chance to demand a Title shot. They will most probably go after the RAW Tag Team Champions tonight.

Gallows and Anderson are rumored to dethrone The Viking Raiders as the RAW Tag Team Champions so it wouldn’t be a surprise if the rivalry continues tonight.