With WWE now done with Extreme Rules, it’s time to look ahead to SummerSlam 2019, as the summer’s biggest feuds have begun.

The second-biggest PPV on the calendar for WWE will emanate from the Scotiabank Arena in Toronto, Ontario, on Sunday, August 11. Expect it to once again be a five-hour event with a one-hour kickoff show.

The seeds for many feuds were already planted on this week’s RAW & SmackDown. The following matches have been announced so far for SummerSlam 2019:

More matches will be announced in the coming days. In this article, let’s take a look at 9 matches which are expected to take place at SummerSlam.

9. Dolph Ziggler vs. The Miz 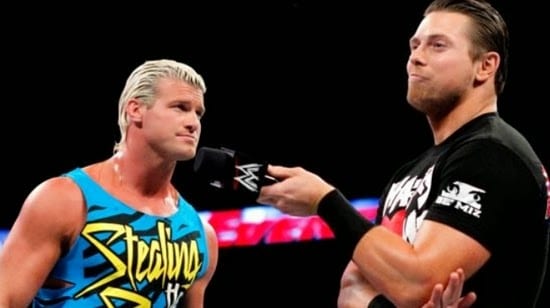 One of the feuds which WWE hinted on RAW is Dolph Ziggler vs. The Miz.

The Miz brought Ziggler as a guest on MizTV, where things heated up quickly. Ziggler went on to say that The Miz turned into a walking advertisement for WWE’s products. He even took a shot at Maryse which caused The Miz to get physical with Ziggler.

With The Miz attacking Ziggler, a feud between the two is likely heading into SummerSlam. The showstopper will be looking for revenge on The Miz, which we might see next week.

We have seen the two Cleveland Boys face off numerous times in a WWE ring. At SummerSlam, it might take place one more time. The two wrestlers have good chemistry in the ring, and out of it, so we can expect a decent rivalry heading into SummerSlam.