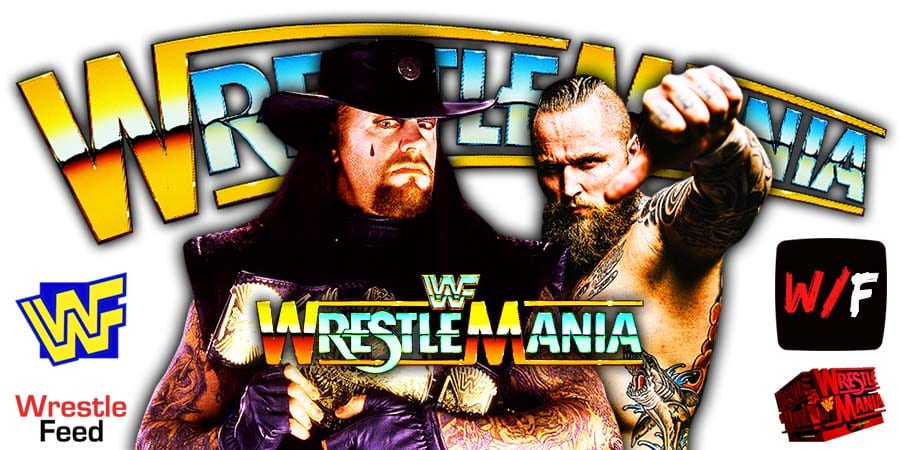 During a recent appearance on Renee Young’s Oral Sessions podcast, former WWE Superstar Aleister Black revealed that a pitch was made for him to get involved in The Undertaker vs. AJ Styles match at WrestleMania 36.

“One of the cool pitches for me was that for a moment when I had that match with AJ [at Elimination Chamber 2020], one of the things leading up to WrestleMania was that during the end of my match with AJ, The Undertaker appeared and helped me and saved me from the beatdown The Good Brothers gave me.

The fact that they even considered that was like, wow! It was very cool.”

It was pre-taped at the HSBC Arena in Buffalo, New York and featured pre-taped matches & storyline segments on the road to the ‘WWF King of the Ring 2000’ PPV.

1. King Of The Ring – Qualifying Match: Chris Jericho vs. Test

2. Too Cool vs. The Godfather & Dean Malenko