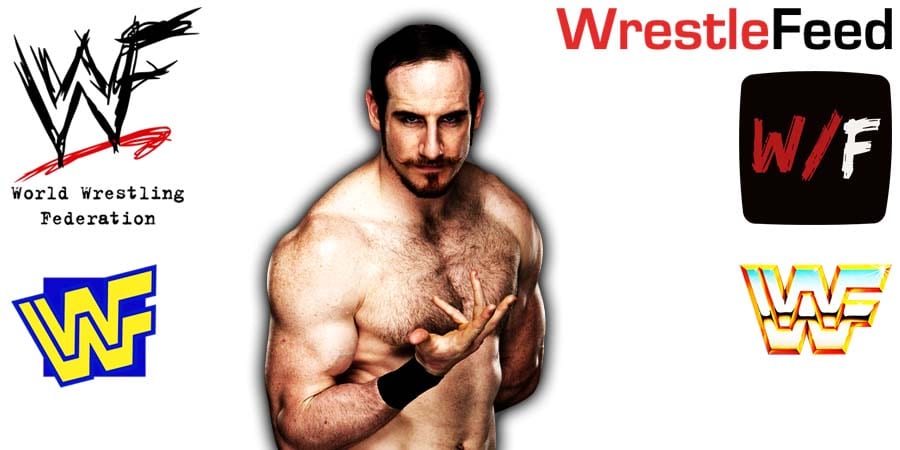 • “A soda can was thrown, fists were thrown” – Aiden English Recalls A Real-Life Backstage WWE Fight From 2016

During a recent appearance on the UnSKripted podcast, former WWE wrestler Aiden English was asked about the backstage fight between his Vaudevillians tag team partner Simon Gotch and Sin Cara (Hunico) that took place in 2016.

“I remember it very vividly, but I wasn’t there when it actually happened. So, that was in catering, in Tucson, I believe. I believe it was Tucson, Arizona, it was the show, and yeah, it was in catering, and I was up by the ring.

I was like talking to friends and stuff, and I came back, and all I saw was Simon walking towards the doc’s office with ice on his face and I was like,’ What the hell happened?’

And so, I talk to my friends and people who were there, and again, I don’t have all the nitty-gritty details, and I’m not someone who is going to say, ‘Oh, I heard this is what happened, blah, blah blah!’ But, they got into a confrontation, somebody said something, and somebody got angry, you know, a soda can was thrown, fists were thrown.

Sin Cara, man, if you make him mad, I love the guy too, but he gets hot, and he stands up for himself and so, yeah, I wish I could give more nitty-gritty, but I wasn’t actually there, and I’m not going to fill in blanks that I don’t have.

But, something was said, a disagreement happened, and you know, a lot of testosterone in wrestling locker rooms, and the boys sometimes step up. So, that’s what happened.”