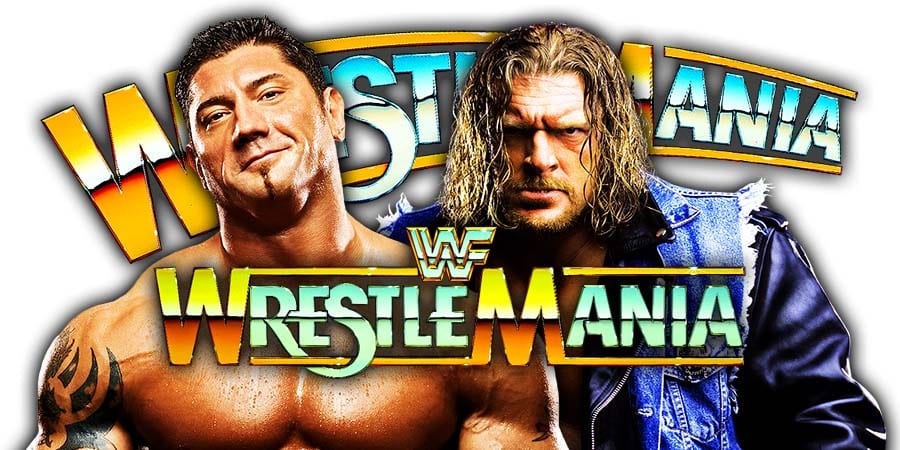 • Actor Apologizes To Batista For “Celebrity Angle” Comment For WrestleMania 35

As seen on this week’s episode of RAW, Triple H vs. Batista was officially confirmed for WrestleMania 35. This match is going to be a ‘No Holds Barred’ match and Batista’s last match.

Stephen Amell, who’s a celebrity that competed in a match at SummerSlam 2015, tweeted the following regarding this match:

Just landed and found out about @DaveBautista v @TripleH — Really pumped for the match but also don’t want to see a celebrity angle detract from an awesome wrestling card. ?

This led to “The Animal” responding the following:

Amell then responded the following to Batista:

Hey Dave — I went out of my way to introduce myself to you in Atlanta at a convention so I could tell you what a big fan of yours I am. You couldn't have been more pleasant. My tweet was meant to poke fun at me. It clearly wasn't funny. Please don't kill me. https://t.co/eCrMVdCi27