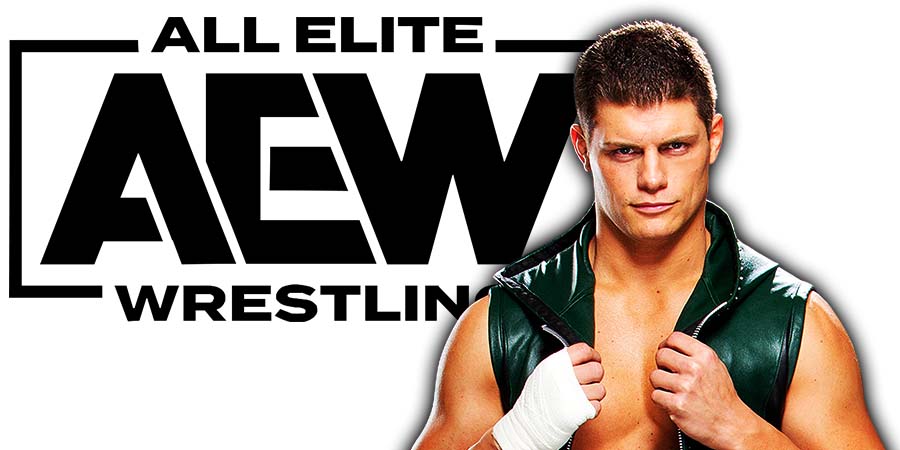 Fans are very eager to know about Cody Rhodes and his status with WWE ahead of WrestleMania 38.

According to Fightful Select, at least one Executive Vice President of AEW (which at this point are The Young Bucks and Kenny Omega) believes Cody has signed with WWE:

“At least one EVP in All Elite Wrestling as of last weekend fully believed that Cody Rhodes was signed or was signing with WWE and would face Seth Rollins at WrestleMania.”

RAW Superstar Damian Priest not using his finisher (which is the same as Cody’s finisher) could also be a hint that Cody is returning to WWE:

“WWE Agents/Producers have not been briefed on a Cody Rhodes impending debut or signing, or told of any plans about it as of yet.

Those close to Cody said that he didn’t even know that Damian Priest didn’t use The Reckoning/Cross Rhodes on TV last week until we inquired about it.

One WWE Producer says they don’t believe that could be an accident, though.”