Cody Rhodes has said that he won’t do any shoot interviews on why he left All Elite Wrestling and won’t say anything negative either.

But will the people from AEW do the same?

Cody recently said the following about working in AEW during an interview with Ariel Helwani:

“I had a wonderful experience there, and I feel the experience had maxed out. You never want to start getting into a situation where the love goes away. I wanted to keep the love.

I know Matt, Nick, and Kenny — I don’t know if they sit in circles, and hate on me or talk poorly about me. I hope they wouldn’t.

But if they don’t know, I try to tell them on a regular basis — absolutely love those guys. Instrumental, and we did it together. I helped them, they helped me.

So I have nothing but love and it’ll always be that way.”

After returning to WWE at WrestleMania 38, Cody tweeted the following:

It looks like AEW EVPs The Young Bucks took a shot at Cody in regards to the above tweet by writing the following in their Twitter bio:

“The story of a couple of self-made SoCal kids who came from nothing & built a gigantic movement was never going to be romantic enough for you.” 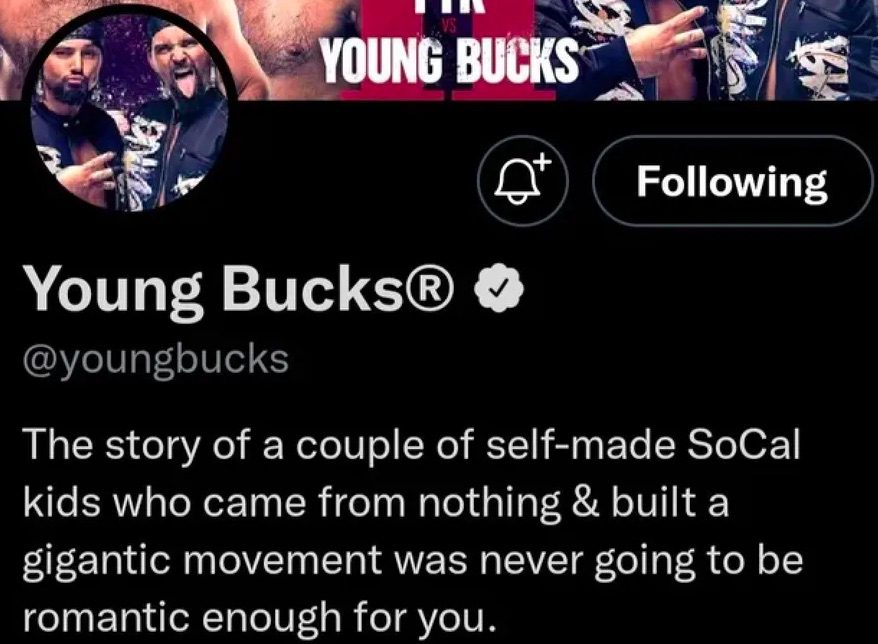 Also Read: “It may be the most complex document ever drawn out in the history of our game” – Cody Rhodes On His WWE Contract

It was broadcasted from the Ohio Center in Columbus, Ohio and included pre-taped matches, interviews & storyline segments featuring the 1987 WWF Superstars.

3. Billy Jack Haynes vs. The Gladiator