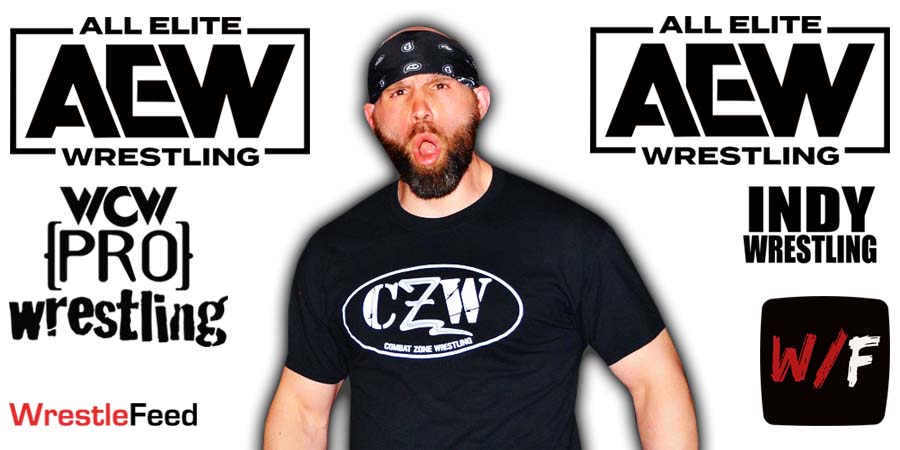 • AEW Fight For The Fallen 2021 Results – WCW Veteran Is Coming

Below are the results from tonight’s “Fight For The Fallen” special episode of AEW Dynamite:

– AEW Women’s World Champion Britt Baker said she’s bringing someone in that will always have her and Rebel’s back.

– AEW Rampage: The First Dance is announced for August 20th in Chicago at The United Center.

– Darby Allin issued a challenge to anyone even if they think they are the ‘Best in the World’.

.@DarbyAllin says he wants to take on the best in the world, and there's no better place than right here in #AEW. pic.twitter.com/lQpriIzacz

– Cody Rhodes & Malakai Black got into a brawl with Black getting the upper hand. AEW officials and a few wrestlers came down to separate them. Malakai grabbed Fuego Del Sol and took him out with a Black Mass.

– Jon Moxley called out Hiroshi Tanahashi and anyone else that wants to step through the forbidden door.

– Chris Jericho def. Nick Gage in a No Rules Match (After the match, MJF announced that Jericho must face WCW Veteran Juventud Guerrera in the 3rd Labor of Jericho. MJF added that Jericho can only win after hitting a move off the top rope)

#ThePainmaker puts @thekingnickgage through a pane of glass! This is crazy!

Tune in to the MAIN EVENT #AEWDynamite #FightForTheFallen LIVE on @tntdrama! pic.twitter.com/9X1Y1DBf6K

Tune in to the MAIN EVENT #AEWDynamite #FightForTheFallen LIVE on @tntdrama! pic.twitter.com/5ipTdwPNIL

MDK=no fucking pay. You had one job.

Jericho, This will be your LAST LABOR! The juice is about to be LOOSE!