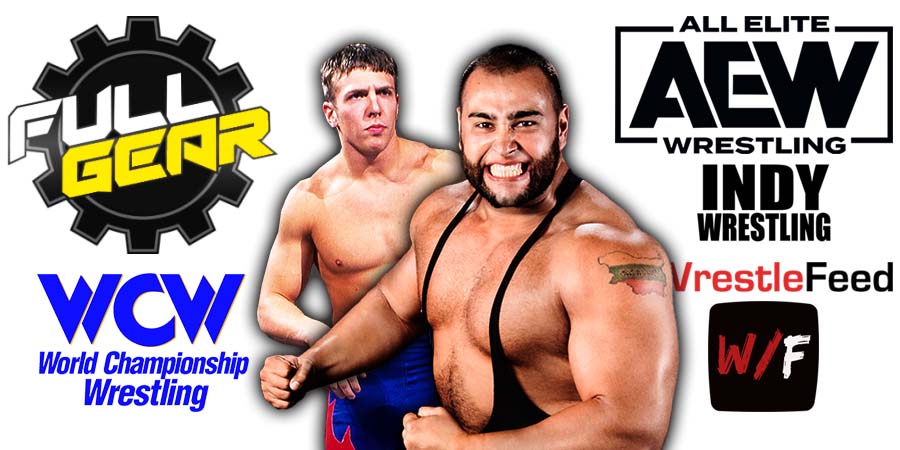 The AEW Full Gear 2021 main show kicked off with MJF vs. Darby Allin.

Shawn Spears and Wardlow tried to help MJF in this match, but “The Icon” Sting took them out with his baseball bat and a steel chair.

During the ending moments of this match, MJF brought in Darby’s skateboard and gave it to Darby to hit him with it. However, Darby gave it to the referee.

When the referee was placing the skateboard out of the ring, MJF punched Darby while wearing his Dynamite Diamond Ring while the referee was distracted and then pinned him to win the match.

Up next was the AEW World Tag Team Championship match and the champions managed to retain their Titles.

After hard-hitting back & forth action, Bryan made Miro tap out to win the match.

Danielson is next in line for an AEW World Championship match. Bryan targeted Miro’s weak point to pick up the win – his neck.