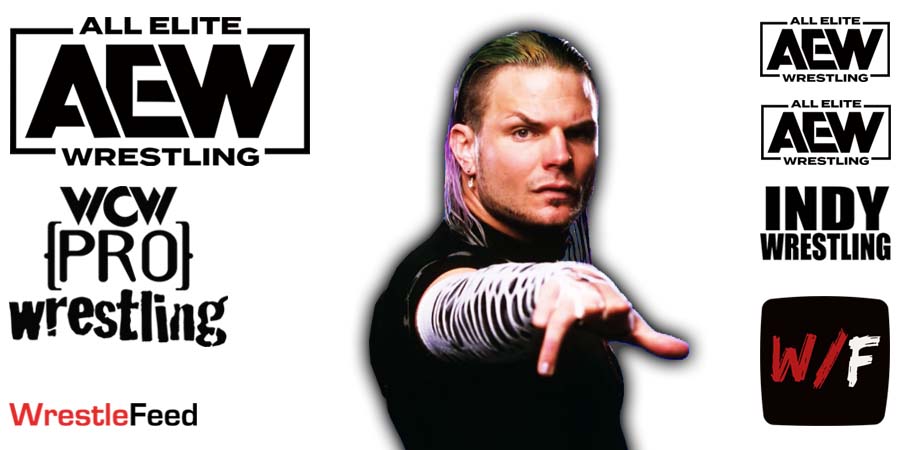 Jeff Hardy getting arrested for DUI recently was the 3rd time this happened and AEW suspended him after this.

2-Time WWE Hall Of Famer Booker T addressed this situation on his podcast and put some of the blame on AEW, who allowed Jeff to take multiple crazy bumps since coming to their promotion, which must have put him in a lot of pain.

Jeff Hardy has been one of those guys who have been going through it for quite some time. It’s public as far as Jeff Hardy’s struggles with addiction.

I must say when I heard about it, I was like, ‘Wow, man. It’s sad, because this is serious. This is a class three felony. He could face up to 5 years of prison. That right there makes it a little bit different.’

You could actually end up in prison just for driving drunk, let alone the Sunny situation where somebody could die. It could get really, really serious, but just from an alcohol perspective, he’s facing 5 years in prison for this right here.

Yeah, they didn’t, but I think AEW has some responsibility to bear because you go back and look at the compilation of death defying dives Jeff Hardy has pulled off since arriving in AEW, and I’m gonna tell you right there that pain comes along with that.

When you’ve got pain, a lot of times you will go and drink or take drugs to numb the pain, and therefore, damn it, I just relapsed. Did he try to do it? Probably not.

But that’s what people with addiction do. So they (AEW) do have some responsibility to bear here.”

The Freebirds defeated The Midnight Express