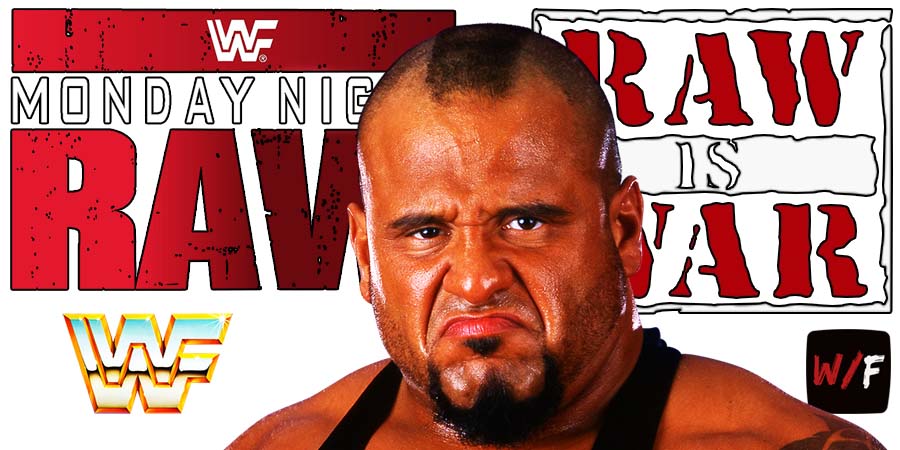 On this week’s episode of RAW, Kevin Owens fooled the fans when he came out as Stone Cold Steve Austin.

This segment received a very positive response on Social Media, but AEW Personality Taz had a problem with it.

AEW kind of did the same thing a few weeks ago at their Revolution PPV, when Kenny Omega’s music hit, but Don Callis (The Jackyl / Cyrus the Virus) came out.

Taz posted a video of it and wrote:

“I’ll be that guy…couple weeks ago at #AEWRevolution – 😎 “

“And they got it from Shawn Michaels doing it in Canada with little person Bret Hart or WWE and Gillberg or nWo and the 4 Horsemen. It’s not something new.”

“And Chris Candido came out dressed like me to my music and that was probably mid 90s…obviously it’s not nothing new, but it was just done so recently. I would expect more from a company with 76,000 writers. 🤷🏽‍♂️ “

Taz later fired back at a fan who wrote that Vince McMahon lives rent-free in Taz’s head:

“Oh please get the f**k out of here dude! I’m just trying to have some fun with fans on here.

Here is a history lesson, I quit their company (WWE). My choice…do the math. Very ridiculous statement by you. And I don’t need your disingenuous bullsh*t ‘all due respect’. Have a nice day!”

On the other hand, WWE Hall Of Famer Mick Foley tweeted the following about the Austin impersonation segment from RAW:

“MAN, I LOVE THIS TYPE OF THING!

Great job by KO to open the show!

This episode was pre-taped at the TD Waterhouse Centre in Orlando, Florida and featured matches & storyline segments on the road to the ‘WCW Spring Stampede 2000’ PPV.

8. Hugh Morrus vs. The Demon